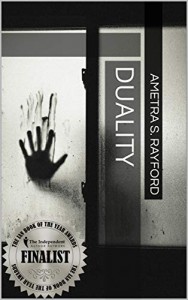 Gabriel Q. Matheson has almost everything he wants. At only 29, his reputation as a rising star and head of Matheson Media is unparalleled, and he is slated to take over one of his largest competitors. It isn’t until the elusive Xiomara Grant snags a coveted spot with the company that Gabriel plans to merge with that he begins to thirst for something more.

Xiomara, entangled within tempestuous friendships with her boss, Gabriel, and his friends, soon learns that each of them is after something – power, fame, and love – and they feel assured that the means of achieving their goals requires just a small sacrifice.

Jealousy, conflict, and pain long-forgotten cause a chain reaction with the potential to put an end to everything Gabriel and Xiomara have spent their lives to achieve. After all, sacrifices must be made to hold back the coming darkness.

DUALITY is a 2019 IAN Book of the Year Award Finalist in the Paranormal/Supernatural category. 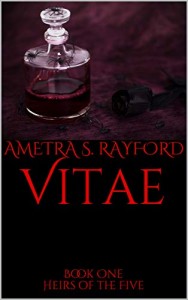 Vitae: Book One Heirs of the Five (Dark Fantasy)

Born into a family of spellweavers, and lacking any innate abilities of her own, desperation enhanced by feelings of inferiority compelled Liana and four of her friends to cast her heartfelt plea across the realms. Liana’s hope was that someone would respond, beginning her transformation.

How could she or any of the others have expected Liana’s desire would clash with that of another whose nefarious intentions would engulf the five – and their future generations – within an intricate battle for supremacy?

Vitae is the first novel of the Heirs of the Five series.