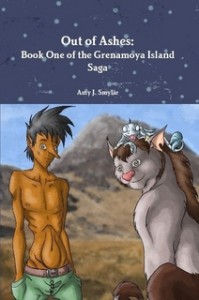 Out of Ashes: Book One of the Grenamoya Island Saga – Young Adult, Fantasy

Book One of the Grenamoya Island Saga is reborn in new paperback form. From cult author and illustrator, Amy J. Smylie (www.GrenamoyaIsland.com) comes the first story of her novel series. Ramsey is a goblin with a negative outlook on life, thrust into an adventure beyond his wildest comprehension when the king’s son is kidnapped by a dragon. Though not intending to fulfil his promise to save the prince, a chance encounter with Theron, a forest troll, obliges him to trek further across Grenamoya Island – leading to painful revelations for our unwilling rescuer, about his father, his scars and his true origins.

From: Undiscovered Authors, March ’06: “This beautifully woven tale has all the elements of a classic fantasy novel. The author’s extraordinarily vivid imagination is brought to life on the pages of this epic story, not only through her words, but also through her stunning hand-drawn illustrations…we can’t wait to read the next one!” 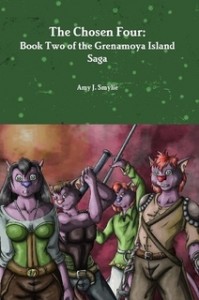 Fifteen years have passed since Ramsey the goblin risked his life to rescue Prince Morgan. In a small village in Merlockiara, four trolls struggle to cope with their mother’s incurable illness. Cammesonja and her brothers, Rousoe, Rufus and Roscoe, resign themselves to a lifetime nursing their parent. When Lord Collinad from the Union of Fantastical Creatures informs them that they have been chosen by Scaless to destroy Pain’s evil, their lives take a grand turn. Suddenly, the siblings must abandon their home and mother, and face their destiny.

Praise for the Grenamoya Island Saga: “The plot is fun and thoroughly entertaining, and both young adults and more mature readers will enjoy the escapism the author provides in her unique imaginary world…Lemony Snicket and J K Rowling had best beware as Amy J. Smylie is a fantastic new talent!” – DiscoveredAuthors.co.uk 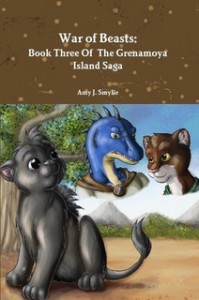 The chosen warriors of Scaless – Rousoe, Rufus, Roscoe and Cammesonja – are fresh from their first victory against Pain’s forces. They must now embark on their next journey alone, to the western reaches of Grenamoya, to fight Zoomana the Wicked and rescue Elkodina, the Great Dragon of spring. The road ahead is fraught with dangers, and one of the trolls must come to terms with a permanent loss; but in return they are greeted by a new addition to the family.

All the while, in the kingdom of Kinmerina, a war looms between the native froneks and two tribes of nomadic invaders. King Karri’s only ally is his fairweather friend, Lothar – who has his own agenda in mind. Karri must find the strength not only to end the conflict, but to stand up to his long-time comrade. 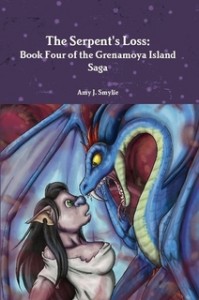 After spending the last few months at home in WhitWater Village, the trolls are reluctant to return to the Union of Fantastical Creatures and resume their duties as the chosen four of Grenamoya. The Union is growing, initiating three new members in the fight against Pain. However, a rift soon forms as one of the founding members is forced to come clean about a secret spanning thirty years.
When the trolls learn that they are to travel south with Lord Terak as their guide, they are a little cautious, knowing that the island’s vampires have been reverting to their savage nature under the Black Deity’s influence. Rousoe, Rufus, Roscoe and Cammesonja’s guardian against Pain just so happens to be one of his greatest former servants. Kaena the Spiteful – sister to Kamror the Nefarious – awaits in the mountains, having vowed to avenge her brother’s death. 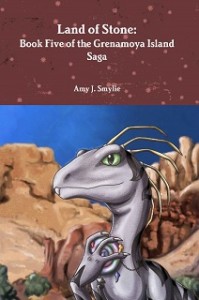 A year has passed since the troll family was last seen. Rousoe, Rufus, Roscoe and Cammesonja emerge from the Witches’ Forest into an island very different from the one they left behind. Pain’s blackness is spreading, reaching all corners of Grenamoya Island. The elf kingdom remains a sanctuary, but for how long? The trolls’ mission is to travel east to the land dragon kingdom, Krakrakara to rescue the fourth Great Dragon – but with demons rampant and Cammesonja’s health suddenly failing, this journey will be their greatest ever challenge. King Valdemar of the Sun Jewels has not been seen for twenty years, and another, greater evil has designs on his throne…