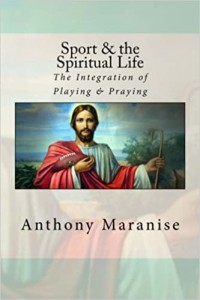 The “wide world of sports,” as it’s often called, has quite obviously become a cultural phenomenon. In the United States alone, sports generate more than 400 billion dollars annually. However, for its many athlete-participants, coaches, fans, and investors, it provides much more than simple monetary value. While some critics see modern sport (especially those known for their rather intense physical contact) as somewhat “brutish” or even, “uncivilized,” sport itself, when played with proper intentions, provides unlimited opportunities for positive human growth, including even that of a spiritual nature. Known perhaps as “the greatest of Christian missionaries,” St. Paul, who also gained the title, “the athlete of Christ,” for his frequent use of athletically-themed metaphors throughout the New Testament, encouraged the faithful to “pray without ceasing” (1 Thessalonians 5:17 NAB). While his exhortation may seem challenging, participation in sports provide a refreshing opportunity to embrace such a deep spirituality, rather than providing an impediment to it. In the first year of his Pontificate, Pope Francis acknowledged both the importance of sport as a worldwide cultural phenomenon, while also recognizing within it the inherent and numerous opportunities for growth in the Christian spiritual life. He said, “I ask that you ‘live your sport’ as a gift from God, an opportunity not only to bring your talents to fruition, but also as a responsibility to God and all of the human family.” Within “Sport & the Spiritual Life: The Integration of Playing and Praying,” we are challenged to view sport not simply as yet another worldly distraction, amusement, or task on an already hectic schedule, but rather to view it as an opportunity to discover God “in the here and now;” to communicate with Him in every play; every movement; every moment… To ultimately recognize that sport is a “school of virtue” wherein we learn that God transforms even our most profane activities into sacred ones wherein He may be glorified and we may have the honor of praising He who is most deserving. 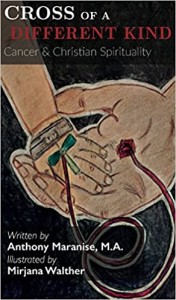 CANCER: with often abrupt and unwelcome entry into human lives as well as profound multi-dimensional impact, such an illness is, for many, considered to be a ruthless thief, intent on stealing not only joy, but life itself. Of course, even as cancer attempts to steal life and captivate those under its hold, lest we forget that as powerful an adversary as it may seem, it is no contestant against the power of the One who “has come to set the captives free” (Luke 4:18) and who is Life itself (John 14:6) and its Source.

Cross of a Different Kind: Cancer & Christian Spirituality draws upon the richness of Christian spiritual theology with the aim of rejuvenating hope within and imparting eternal Truth to all persons who have been “touched” by cancer in any of its wicked forms. Divided into three parts addressing those who have lost loved ones to cancer; those currently confronting their diagnoses; and survivors, this book serves as both a “spiritual field-guide” as well as an informative, yet practical helpmate to ensure all facing such adversities that they are never alone in their journey.