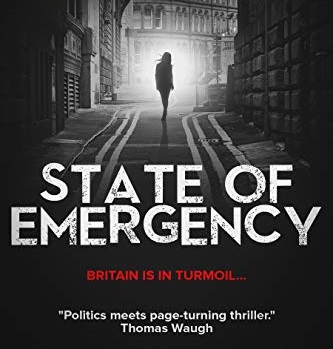 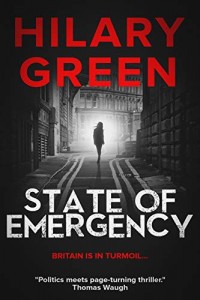 “A powerful political state-of-the-nation novella that feels all too close to possibility, with current events nudged over the edge to topple the country into the chaos of civil war. A cautionary tale that reminds us how easy it would be to lose everything.” Jane Johnson, author of Pillars of Light.

Britain is in turmoil.

When Nell Fairing’s husband is killed during a riot she is left to care for their two young sons alone. She registers an objection to them being politically indoctrinated at school and finds herself labelled a dissident.

Jane, Nell’s closest friend, is arrested for taking part in a protest demonstration and her three children are removed and sent to one of the ‘care’ centres being set up around the country. Desperate to prevent the same thing happening to her own boys Nell decides to set out to reach her parents’ home in a remote part of Wales.

Since identity cards are now required for everyone and there is a travel limit of 20 miles from a registered address, the journey is fraught with difficulty. The whole country is in turmoil, and the army has been deployed to put down local uprisings.

Nell has to call upon courage and determination she did not know she possessed in order to win through.

Hilary Green is the author of several historical novels about the themes of love and war, including Ironhand, God’s Warrior, Operation Omega and Codename Omega.