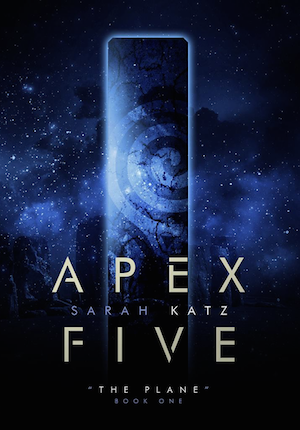 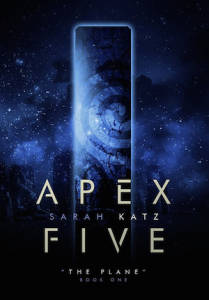 How much simpler life had been for Ayam when the people still felt safe after the forest came alive with the gentle sounds of the dark. So long as they avoided the gaping pit just beside the quietest part of the forest stream.

After sundown, however, the darkness itself meant the entire terrain was off-limits, and all Ayam must withdraw into their tree shelters.

The near pitch dark threatened to disorient him. Telo found himself wishing that the once-often seen lightstreams would grace the skies above.

As soon as the heavy rasps reached his ears, Telo closed his eyes. They had weak sight, he knew. Yet, despite years of warrior’s training, Telo’s own eyes could barely make out how close his feet stood to the edge of the abyss before him.

Equipped to move at the same enhanced speed as an afflicted in man form, the beast’s only weakness remained its eyes. Telo would have to think fast, the hot breath of the creature behind him now close enough to feel on the nape of his neck. The stench was rank with rot. It could surely smell him as well, but shouldn’t be able to determine exact distance…

Screwing shut his eyes tighter, Telo chanced a nimble leap to the left. He held his own breath at the quiet grunt of the creature as it processed its prey’s change of position and rattled quietly. The only noise that followed was the sound of tiny pebbles as they slipped off into the oblivion that now lay directly beyond his toes.

How silent it was besides the breath and that light scuttle…Telo hadn’t even heard its footfalls. Which was why he needed to use every sense he had at his disposal. Drawing in a quiet breath, he opened his eyes just as a long, moist tongue lapped at the air centimeters from his bare shoulder. The sheer proximity shot through Telo like a flame, spurring him on.

Whirling around to throw his opponent off guard, Telo took care to maintain his balance so as not to go tumbling off the ledge behind him. He kept his eyes trained on the vines before him, just visible in the weak light and swaying from the treetops around the creature.

The one feature he allowed himself to note was the beast’s eerie eyes, reflecting the soft glow of the Great Stone overhead. Silver orbs, like two scales, only slightly lighter than the black scales that adorned the rest of its hulking form. Barely visible in the dark, the locks of the person the creature had once been trailed its broad shoulders.

Setting his jaw, Telo resolved not to allow any more thoughts on how these monsters lived as Ayam villagers during the day. Not when their form by night posed such danger to their people.

As it tore open its mouth wide to reveal multiple rows of fangs as sharp as any spear, Telo took this opportunity to dart away again—this time to the right—narrowly avoiding the creature’s long, scalding tongue.

The beast licked a sizzling path along one of the thick hanging vines, swaying its large head in Telo’s direction. Jaws snapping noisily, those teeth just missing the flesh of Telo’s left cheek.

For a fleeting moment, he regretted not bringing the small weapon the Flightless Hak had given him—the gun. No need. Going back countless years, the spear had always sufficed for his people.

Rolling behind the monster, Telo drew back his arm and released his spear with a mighty force that would have easily slaughtered a palm cat from a far greater distance.

But then again, the onn beasts had wiped out all the jungle cats—and the spear fell to the dirt with a clatter.

Those scales were too thick.