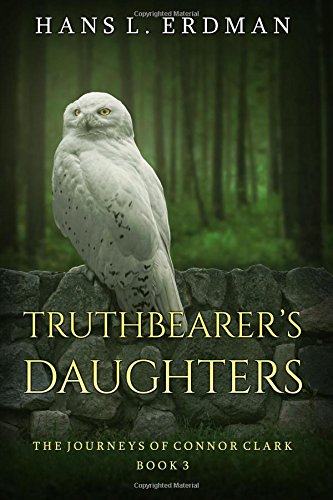 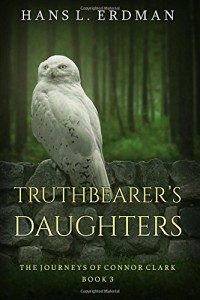 FAMILY FIRST! FAMILY FIRST ALWAYS! These are the words that Connor Clark and his beautiful wife Iolena Yaleria live by. These are the words that mean everything to the Truthbearer and his Guardian, and the four daughters who are their family. Alenia, the fiery, redheaded Captain of the Borderlands Rangers, shares her mother’s green eyes and passionate love for the Aerielands, and the oldest daughter’s sense of duty to her family. Whenever and wherever her family needs her, she is there. Shannon, born of First Earth, the mother of Connor’s granddaughters, is the Queen and High Sheriff of Gewellyn. The consummate police officer, her only fear is that which she cannot control, until the Deep Magic gives her reason to live for more. Menta Kai, the adopted daughter; A former slave, fiercely devoted to Connor and Iolena, she is the child of prophecy who will rise, with her daughter Princess Lona, to become the greatest she-elf in the history of the Nine Worlds. Fiona, born in the future, raised in the past and united with her family in the present, is the mirror image of her mother and a woman of great beauty and amazing magical power. Trained to be an assassin, she is the White Owl, the Guardian of her sister Menta Kai, the Great High Queen of All the Elves. Four amazing, beautiful women willing to do anything for each other and for their parents as they carry the Truth to the Nine Worlds; they are the Truthbearer’s Daughters. “Truthbearer’s Daughters” is the third book in the epic fantasy series, The Journeys of Connor Clark, the Gewellyn Chronicles.