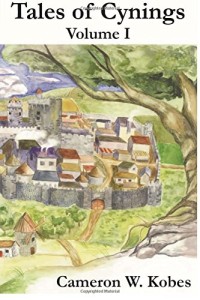 Cynings: a kingdom where knights battle and barbarians rage, where a king’s whim means the doom of the innocent, and where the most powerful enchantments lie in the most hidden places. A young man’s tragic loss brings him on a journey of self-discovery with the most unlikely of guides: his scheming, wandering, spell-casting tomcat. A young woman’s fight for survival leads her to a position of both strength and danger, with a powerful and secretive ally whose most valued possession is his unspoken name. A simple family, put into grave danger by a mad king’s thwarted lust, takes refuge in a forest filled with power of unimaginable danger or unexpected salvation. Drawing from a rich history of myth and folklore, these stories pit their heroes struggling against fate in a hunt for belonging, certainty, and survival.