Posted Mar 19 2021 by TheButler in Interviews with 0 Comments 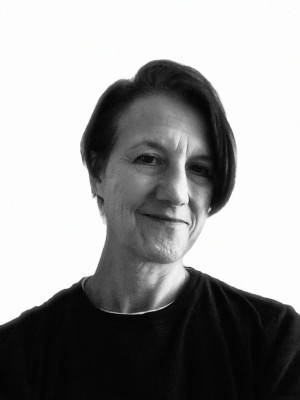 Cym Aros: I am a practicing physician, by trade and vocation.  I am the youngest child of two doctors; genetically a New Yorker, and raised in New England.  I am gay; my partner and I have been together over 25 years, and we have three children together.  I began writing fiction only very recently, spinning and sharing cowboy tales with some friends.

CA: Sierra Nevada, 1874.  A saga of family; forgiveness; a child-soldier’s trauma and survival; and his journey home to the woman he loves.

CA: At my desk, between OR cases, during long nights on call at the hospital.

CA: A certain amount of silence.  I never could figure out how people could study or write with music or the TV playing.

Random background noise, however, does not bother me.

As an author, I have greatly appreciated the work of several 19th-century writers, for their rich and grammatically impressive use of the language.  I am thinking of Mary Shelley, Charles Dickens, George Eliot, Melville, or Joseph Conrad. 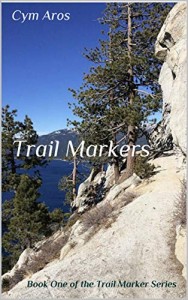 Interaction with readers, however, became, for me, an unexpected force of nature.  I began writing a few summers ago, with a few stories to share with friends.  The response, and the dialogue thus generated, became the driving impetus of the writing.  It brought a depth and a joy to the writing that I never expected.

CA: Creating something of beauty with words that can reach and lift up a reader.

CA: This a review of a chapter from a reader I will say more about below.

I could hear those Chinese drums beating out the pace, quickening to the point of exhaustion.

Here, you have four beings refusing to give up on life. Jesse fighting for shore and his future. Nox, her will overcoming instinct in the face of an earth seemingly falling apart. Jed, plunging himself into chaos to recover Jesse. Rivka, refusing death’s grip on the man she loves, restoring him with her very breath.

There are those in the world who demand we face reality, finality, conventional wisdom. Mostly we listen – but how we admire those who do not. The brave moves, the foolish chances, the hope that defies all logic; those are the ones who move life forward, and remind us of our best natures, the bit of the divine harboured within each of us, when we choose to tap into it.

Yes, I realize this is fiction. That these are just characters. But we, as a species, were born to tell stories, and to be moved by them.

So, you see, dear author, there is something to be said for some human conventions after all.

And at the conclusion of my third book: 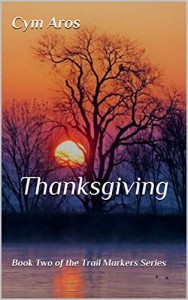 “Honestly . . .  I am knocked over with the power, the quality and the poetry of this.  What a beautiful and fitting ending for this saga.  The many completed circles of life – Peter and Ilsa’s story, Nox, even the lovely, funny comeuppance for Husu for having strung along the professor – so deftly written and joyously shared.  Thank you so very much for having shared your talent with us.  This was pure magic, and like all great performances, I’m sad to see it end.”

“If you like #Outlander, check these out! A troubled, handsome warrior, a beautiful doctor soulmate; strong women; slashy villains; shamanic magic.”

I confess, I just read the Outlander books a month or two ago, and I agree the comparison is valid.  A little eerie, actually, in some of the parallels.

CA: Editing.  My books have a lot of words.

CA: Editing.  I try to comb through and remove clichés, unnecessary adverbs, and redundancy.

After I write each section, I set my computer to read it all aloud to me, so I can hear the flow and the momentum.  I do believe that I write with that in mind, that is, I intend or imagine them to be read aloud.

CA: I haven’t had an editor, so I’m not sure about this one.  I had a reader who, with each chapter, would reflect back to me her perception of the overarching themes and flow of the story.  I treasured her comments, as they helped me keep the whole tapestry in view as I wove in each new section. I believe the best editor would be one who can see and appreciate the broad tapestry, and help one bring it into sharper focus.

That friend of mine passed away from cancer the same month I completed the third book of the series.  I miss her terribly still.  The first book is dedicated to her.  She was a poet.  She wrote a poem in response to the chapter “Translation” in “Nox”.  That poem forms the opening of another chapter, “Tides”.

CA: If you love what I wrote:  please tell me why.  I learn so much from readers when they can tell me what reached them, moved them, or drew them into the motion of the story.

If you hate what I wrote:  Same thing!

CA: Write what you love to read. 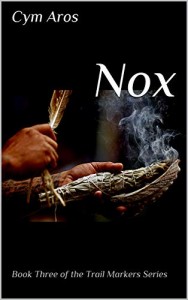 CA: I would like to expand on the characters I have come to know and love in these three books.  I miss them, and I want to find out what happens to them.

I want to learn how to write a short novel, or even a short story.

CA: My stories are deeply rooted in the natural environment in which they take place, that being the Sierra Nevada, and the foothills of California and Nevada.  I chose photographs that would reflect both the content and the symbolism of each novel.

Thanksgiving:  The cover shows a sunset over the Mokelumne River, reflecting both the possibility of peace and hope, and Jesse’s struggle with despair.

Nox:  This cover shows a pinecone, bright and vivid in the setting sun.  The pinecone became a recurrent symbol in all three novels.  It was one of Jesse’s mental points of focus as he struggled with PTSD.  It was a source of sustenance for the Miwok, and for Jesse’s outcast family; that is, it occurs in the story as a help to those who have been exiled.

CA: I read literary fiction mostly, though I enjoy finding poems that will enrich my chapters.

CA: Madeline Miller.  I was entranced by her stories and her use of language, and I was thrilled to see she and I graduated from the same university!

For more on Cym and their work, please visit:

I intend for any proceed from sales of these books to support veterans’ and Native American resources.  At present, those include Hope for the Warriors (hopeforthewarriors.org), and the American Indian College Fund (collegefund.org).