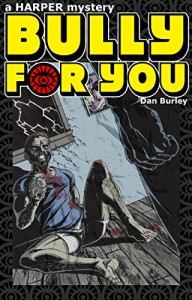 Bully For You: a HARPER mystery (The Harper Mysteries Book 1) – Noir/Mystery, Suspense, Drama

“Bully For You” (volume one of the “Harper Mysteries”) follows cantankerous, slightly-alcoholic private investigator Reggie Harper as he attempts to track down Michael Waller, a missing eleven-year-old boy in Seattle, Washington.
Before long he discovers this is anything but your average missing persons case, stumbling upon a far-reaching web of fabrications, corruption, abuse, and murder.
Will Detective Harper find Michael Waller before it’s too late, or will something strike him down before he ever gets his feet on the ground? 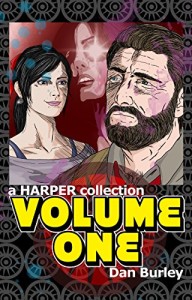 Detective Reggie Harper is a man constantly flirting with the end of his rope. From his youth in upstate New York, through his early adult life and into his golden years, there has been no shortage of hard lessons both learned and taught. No shortage of heartache and pain.
However, through it all, he has had anchors that have helped him keep his rage at bay. Friends and family who provided him with love, hope, joy, and understanding. Loved ones who acted as beacons to guide him through his own inner darkness.
Not all of Reggie Harper’s stories deal with a case. Not all of his stories have a perp. Not all of his stories end with someone in a cage.
A man can’t always be a bull in a China shop, after all.