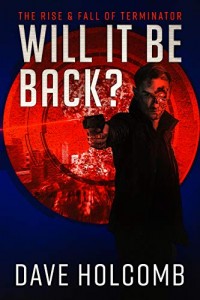 Will It Be Back?: The Rise & Fall of Terminator – Nonfiction; Hollywood Film Analysis

It can’t be reasoned with. It can’t be bargained with … and it absolutely will not stop.

Even decades later, the T-800 Terminator mantra haunts humanity, but entering the 2020s, the cyborg might finally be slowing down.

In his second book, Dave Holcomb analyzes how The Terminator gave film audiences something it had never quite seen before in 1984. Holcomb explains how James Cameron’s masterpiece borrowed tropes from the action, sci-fi and horror genres to create a completely unique viewing experience. Holcomb also explores how the series exploded in popularity with its state-of-the-art sequel.

However, each Terminator sequel since then has grown less unique and more convoluted. Holcomb details all the ways in which the 21st century sequels have fallen flat and hypothesizes what went wrong for the series’ latest installment, Dark Fate, in 2019.

As for the future of the Terminator franchise — Will It Be Back? Holcomb answers that question too. 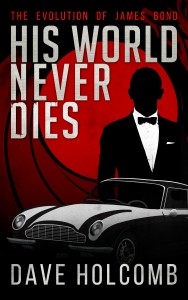