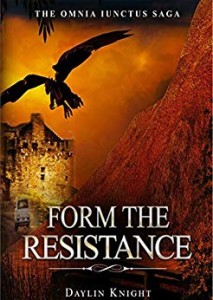 Alucard Lemuel is living in an unstable world. Threatened by an ancient terrorist organization with a sinister new leader, frequent and ferocious natural disasters, and random citizens – including himself – developing strange abilities, Alucard decides that he must take justice into his own hands.

His own government is targeting people with special abilities, and the terrorists are planning their biggest attack yet. In his quest to save humanity, Alucard meets a peculiar old wizard who tells him an incredible secret: he may not be as human as he thought he was.

To win the day, Alucard must go from acting as a rogue vigilante to leading a full blown resistance. He will have to summon faith, courage, and hope. And most of all, he will need to look deep inside himself…and find the apparent dragon living within.

“A must read for fantasy and sci-fi fans who want a lore rich and deep story.” – Amazon reviewer