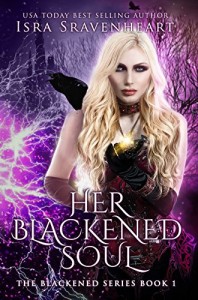 “They say once you go dark, you don’t go back. That remains true for me.”

“I’m Lady Isra, the most ferocious villain in the land or so I hear. The people say a lot about me. They say I am heartless, cold and wicked. But they don’t know what made me this way. I lost love becoming trapped in the throes of darkness.”

“I’m isolated in this world. I’ve taken the power of a dragon. I’ve cast a spell upon myself so that only those who possess the ability of magic can feast their eyes upon me.”

“But now I’ve met him. This magnificent being. He’s a raven. I can’t help but admire him. Astrid, now what a handsome fellow. I don’t know where he will take me but I’m curious to step into his claws.”

A witch drawn to the dark world that’s only going to go darker. A tale of magic and romance. Perfect for fans of fairy tales and Disney.

Isra Sravenheart, USA Today Best Selling Author takes you into a world where a witch reigns supreme in her fortress while her pet raven, Astrid, shows her what true companionship can be. 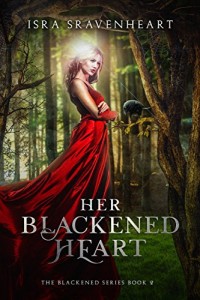 “Do you know what lurks inside a witch’s heart? I do.”

“I’m Astrid, raven turned man companion of formidable witch, Lady Isra. I will do anything to protect her. I’ve cloaked our home so not a soul can find it.”

“Then there’s the girl, Contessia. She’s no match for Isra. She’s good and believes in all that “love and light” stuff. It’s child’s play to me. Isra fancies having herself a protege to lead astray, I’m okay with that.”

“But what I was not prepared for… The light has found it’s way into her soul again.“

“Staring into the eyes of Isra’s long-lost foe, Everilda, I discover the real reason why she originally turned her back on it all.”

Now war is waging between Lady Isra of the Dark and Everilda, the mortal witch who has lost her powers. She sets her sights on Isra’s magic. Wanting it all for herself. Will Everilda succeed?

Once again we enter the fortress of Lady Isra and her raven companion, Astrid. USA Today Best-Selling Author, Isra Sravenheart casts a spell in which even the darkest of souls can find the light again. 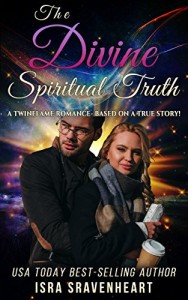 The Divine Spiritual Truth: A Twinflame Romance (Based on a True Story) – Spiritiuality, Romance

A twin flame romance based on a true story!

This is the story of Serephina Dawn and Logan Zayne. Two twin souls brought into each other’s lives by fate.

Serephina Dawn is alone, rejected by absent boyfriend Alastair who has chosen someone else over her. The pain she feels is unbearable until she happens to lay her eyes upon the most handsome man she has ever seen. Logan Zayne. Glancing at her from afar, he immediately catches Serephina’s eye. Aligning as one from the moment go, creating a partnership, intense and spiritual. Serephina begins to wonder what she ever saw in Alastair when her relationship with Logan is so special.

Soon after, the relationship with Alastair comes crashing down, sending Serephina to earth with a thud. As the powers that be destroy what’s left of it, ripping them to shreds. Now Serephina must say goodbye to the life she once led and the beliefs she held with it.

As the walls of the life she’s led before begin to come down, Seraphina and Logan open themselves up to a world of possibility, where love conquers all. The divine throws them together before tearing them away from each other, forcing them to grow and learn just what their connection really is. They must face many obstacles along their journey to happily ever after. But can these two souls defy the test of time and claim their union?

When is love is divine, it can survive anything.

Isra Sravenheart, USA Today- Best-Selling Author tells a compelling story in which love reigns supreme despite the forces that are against it. Although, Logan and Serephina can only accept that fate will have its wicked way.