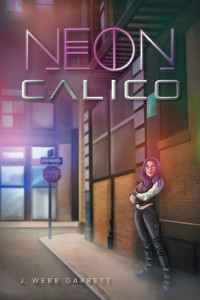 WHAT IS THE WORTH OF ONE’S HUMANITY IN THE AGE OF CYBER-AUGMENTATION?

What is the value of flesh when ceramics and chrome can make you stronger? Faster? Smarter? Better? A cyborg is the hybrid of man and machine, but how much “machine” can a person become before they lose the “man?”

Calico, a young cyborg Troubleshooter, struggles with these questions as she makes her way in the shadowy underbelly of the Chicago Metropolis. Having spent years running from a past that she can never escape, Calico finds a chance to put it all behind her when her half-brother shows up from Hong Kong asking her to steal a data-file from their father’s company. The file – Project: Stray, her father’s final solution. 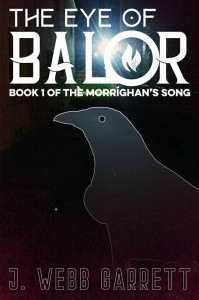 The Eye of Balor: The Morrighan’s Song, Book 1 – Urban Fantasy

Once, beings of great power walked beside us. We called them “gods” and they inspired many of our oldest myths and legends.

So where are they now?

Most are lost to history, some even forgotten.

Morgan O’Dwyer is a young woman living in rural America, trying to make some sense of her life, a task made all the more difficult given that she’s been placed under a curse, forced to forget her past and who she used to be; The Morrighan, goddess of fate, prophecy, and death of the Tuatha De Danann.

When a friend comes to her for help, Morgan must try to embrace his lost part of herself as she searches for answers, even as ancient enemies from a forgotten age begin closing in around her.

The girl down the street is a goddess of death! 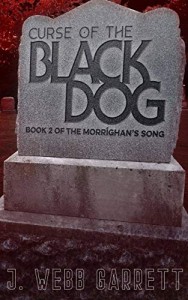 Things have been going pretty good for Morgan O’Dwyer, incarnation of The Morríghan, Tuatha Dé goddess of ancient Ireland. She’s met some new friends, started having more fun, and is even involved with someone. Nothing ‘weird’ has shown itself in the last few months, and other than suffering from some occasional dizzy spells, things are looking up.

Too bad all good things must come to an end. Discovering a ghost manifest near her apartment, Morgan sets out to exorcise it. Along the way, she is bitten by an enormous black-furred, wolf-like creature with red eyes and a plaited tail, suffering a cursed wound. Unable to heal herself, Morgan must seek help from faeries, witches, and goddesses alike as she seeks to rid herself of this horrid affliction. Knowing she can’t afford to let a murderous magical mutt run loose in her hometown, Morgan must uncover the secret of its sudden appearance.

Little does she know, there is an even greater threat looming on the horizon.

Irish myth meets the modern day in this exciting second book of The Morríghan’s Song.

Beware the Curse of the Black Dog.