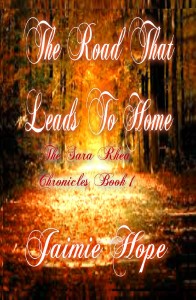 Based on a true story.

Sara’s life was going along peacefully until she got the early morning phone call that changed everything. Now she finds herself heading back where she began, home. Not only does she have to deal with a difficult older sister and helping to keep the family’s inn afloat, Sara has to work alongside her high school sweetheart who still looks as gorgeous as ever and her feelings that she saw all this coming. Her dreams and nightmares seem to come true right before her eyes. It has to all be a coincidence, doesn’t it? 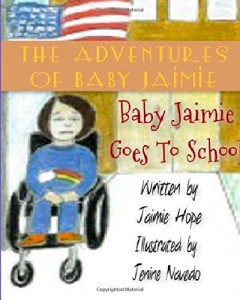 Baby Jaimie is growing up so fast. To her parents, it feels like only yesterday that she was being fitted for her very first wheelchair. Now, Baby Jaimie is preparing for another first, her first day of school. Follow Baby Jaimie as she not only goes through the first day of kindergarten for Baby Jaimie, but also takes her through the steps leading up to the first day, i.e. going to the doctor for a check-up and immunization, getting a haircut, and shopping for new school clothes.