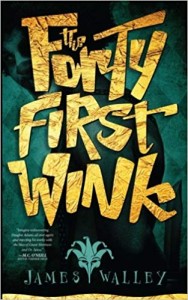 Marty is having a bad morning. Roused from slumber by a gang of polo mallet-wielding monkeys and a mysterious voice in his wardrobe, he must quickly come to terms with the fact that the world outside his door is now the world inside his head. Lying in wait amidst bleak, gloomy streets, deserted theme parks, and circus-themed nightclubs, lurks the oppressive shadow of a myriad of giggling, cackling pursuers, hell bent on throwing a custard pie or two into the works. 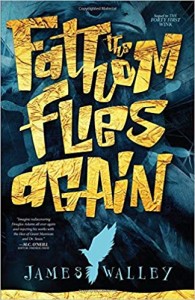 It’s time to wake up and smell the carnage. Just as every night gives way to dawn, all dreams yield to the break of day. For Marty, that’s kind of a problem. When you’ve fought killer clowns, sailed the seven skies, and generally laid waste to your own dreamspace, real life can be kind of a drag. At least, until your nightmares crawl through the cracks and shadows, and take a liking to your town. When the jesters come a knocking, it’s time to man up. When the unmentionables under your bed come a biting, it’s time to grab your trusty, pint-sized pirate compadre and lead a charge against the night terrors. What does this mean for Marty? It means the crew of The Flying Fathom are back, surfing on rainbows, swashing their buckles, and saving the world, one sleepy little town at a time. Book one of this series, The Forty First Wink, brought you a glimpse of utter, rum-swilling madness. Now The Fathom Flies Again, pushing you over the edge and chuckling at your plummeting screams, before scuttling off to find something shiny to steal. Remember, if you hear something under your bed, don’t move. Don’t make a sound. Draw your cutlass and think of something devilishly witty to shout, because things, my friend, are about to get all too real.