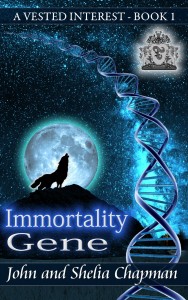 If someone told you that the Earth would be destroyed by collision with a rogue planetoid in the year 7141 you would not be very concerned. ‘I’ll be dead then – the people alive then can sort out the problem’ you would think. Our children would think the same, and their children, and… so on. There would come a time though when those alive in the year 7000 would find it’s too late to do anything about it.

Enter Sir Richard Triplet into the equation. He has a plan and he’s started work on it already in secret. One of his key elements is to start research into greatly extending human lifespan. After all – if you were to become immortal would you feel that planetoid problem is a little more urgent?

A Vested Interest is the first book in a series. It’s based on technology which is beginning to be available now. Book one of the ‘A Vested Interest’ series is free and covers the development of a virus which ‘infects’ everyone with immortality. Along the way it deals with corporate jealousy at the highest levels, greed, spite, vengeance, conspiracy, advanced technology, medicine, love and betrayal, and, of course, the very essence of life itself. 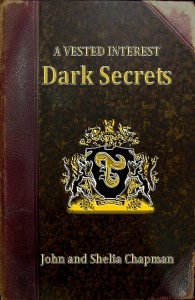 Dark Secrets is the second book in the epic ‘A Vested Interest’ series. The Immortality Gene has been identified and a way of infecting people with immortality has been produced. Just as it was about to be tested the leading genetic scientist, responsible for its development has been killed. There’s only one way to resolve this – infect her body with the immortality virus.

This second book continues the story and delves into the secret cabal who rule the world. They have many secrets but how they maintain control is their darkest.

Based on current technology, the series was begun in 2007. Since then many of the ideas we proposed have become reality. Science and technology are fast catching up. If you’re not convinced check out the series technology page at http://bit.ly/avitech. How long before we become immortal? Maybe a lot less time than you think. According to one leading scientist, the first person to live to 1,000 is alive now.

Underlying the series is a real threat. It is a matter of time before humanity faces an extinction level event. In the books it’s an event far in the future which will wipe out all life on earth. I’d like to say that’s fiction too but it’s not. If we continue to squander our resources fighting each other, humanity won’t survive. When you read the books – remember that.