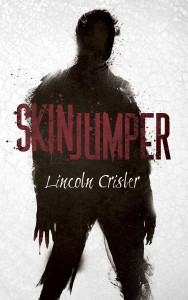 Rose Bennett, a young, recently-widowed mother, comes face to face with a newly-minted murderer and learns that there are much scarier things than raising a child alone in an unfamiliar town. Terry Miller has discovered three things in a very short amount of time: his high school sweetheart’s been cheating on him with his father, killing is fun, and if he does it just right, he can switch bodies with his victims.

“…a very confident writer…his experience and self-assuredness radiate from every page.”
–The Nocturnal Library

“Crisler’s talent with the mechanical craft of prose is undeniable, and his stories wield a distinctive, uncompromising edge…” — Shroud Magazine 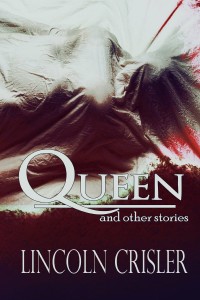 QUEEN & Other Stories collects the best of Lincoln Crisler’s horror and dark science fiction, including several digital-only rarities and two brand-new pieces. The thirteen short stories and one novella include:

Tradition: A widow and a group of her late husband’s friends take a stab at a cathartic hunting trip in the aftermath of the zombie apocalypse.
Old Stooping Lugh: Irish and Italian gangsters run afoul of an ancient Celtic deity in 1920’s Boston.
Nice to Matter: The secret origin of a superhero cop’s prostitute sidekick.
The Bad Place: A little girl discovers the secret behind her brother’s disappearance–and an outlandish time-travel plan to save her from their abusive father that might do more harm than good.
Queen: A middle-aged woman in a frigid marriage discovers her experimental age-defying treatment may be something more than skin deep. 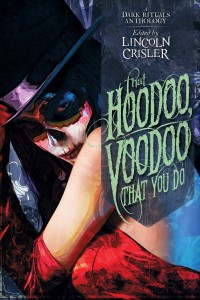 That Hoodoo Voodoo That You Do – Horror, Short Stories

Rituals have always been a powerful part of human life, from the ancient Aztec nation’s human sacrifices to the simple act of brushing one’s teeth in the morning. They can impart a sense of history, comfort, community, stability and at other times, power, mystery and horror. Some are grounded in centuries of tradition or superstition, while others are unique, individual creations.

In this collection of 22 stories, you’ll find the darker side of ritual in all the various forms you can imagine–from the ancient and ceremonial to the simple and homegrown. Some have real power, while others simply exist in the convoluted recesses of someone’s mind. Some produce the desired effect, while others have an entirely different result. What binds them all together is the simple truth of any good ritual. Their practitioners — and you, the reader — just might be unalterably changed by them.