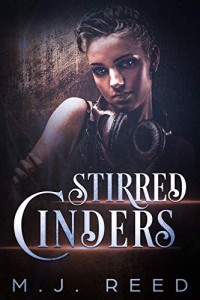 And that was the way the world ended. Not with a whimper, but with a bang.

…At least, that’s the way it ended for most people. Generations later, a large pre-war bomb shelter is one of the few vestiges of humanity remaining after a nuclear apocalypse.

To the people living in the bomb-shelter turned underground city, Departure is more than just a chance for survival, it’s the only home they’ve ever known. When Cora, who has recently come of age in Departure, is informed of her future spousal assignment, she balks at the arrangement. Devastated that she wasn’t paired with her boyfriend, Cora begins to question Departure’s rules and traditions and lands herself in hot water. Can Cora defy the will of the city, and her father, to find true love? And when she tries to buck the system, will she be able to handle it when the system bucks back?

This book contains scenes with adult content and language. Reader discretion is advised.