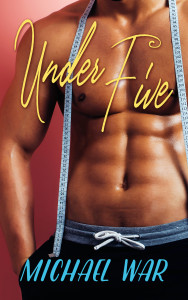 Mike is good looking, charming, and has no trouble attracting men—as long as his clothes stay on. But the moment they come off, something always seems to go terribly wrong. When his sister takes him to a faith healer to fix the problem, he is provided with a spell—and left with a lot of doubts.

But after meeting Kevin, Mike decides to give the spell a try… 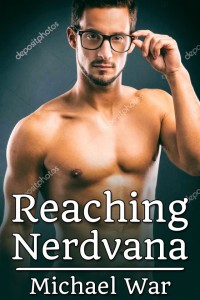 At twenty-three, Kel is buff but awkward. He hates going to clubs but loves to play online games. His current boyfriend Jimmy would rather go out and dance the night away, and often makes fun of Kel for wanting to stay home. After a bad fight, Kel catches Jimmy cheating on him and they break up. Later, Kel tries to ignite a spark with a local hunk named Gunnar, but their first kiss ends in disaster and the rest of their date is even worse.

Heartbroken and alone, Kel retreats to the online 3D game world of New Life, a virtual earth where people can meet others with similar interests … including naughty ones. At one of his favorite fantasy clubs, Kel becomes intensely involved with Darius, a black knight with a penchant for dominance. Their first meetup is slightly kinky online fun, and soon they realize they have more in common than they first thought.

When Darius wants to move things to the next level, Kel isn’t so sure. Is he ready to make their online relationship reality? 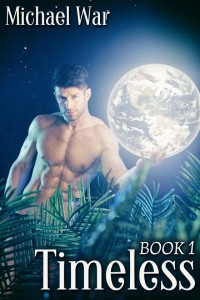 Once comfortable with routine, Marcus now seeks adventure. He quits his job, dumps his boyfriend, and buys a one-way ticket to Spain. Life could not be better.

On his way to the airport, Marcus almost hits someone running across the road. Curiosity gets the better of him, and he follows the person to a mysterious cave with a secret, one that transports Marcus to a prehistoric world.

Dazed and definitely confused, Marcus is trying to find his way back when he’s saved from imminent danger by the ruggedly handsome Jade, a caveman whose face and body belong on the cover of a romance novel. Jade guides Marcus back to the cave and, along the way, the unlikely pair may just discover each has found his perfect match. But when danger strikes, Marcus must decide where his heart truly belongs. 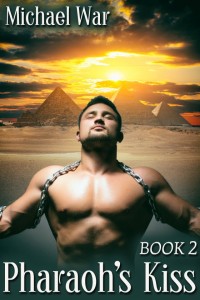 Daniel’s world has been shaken to its core. His ex-boyfriend Marcus, whom he still loves, has returned from an unbelievable trip through a time traveling cave and brought along a hot new caveman lover, Jade. But that isn’t all. After realizing his mother disappeared through the same cave years earlier, Daniel learns he and Jade are connected in ways he couldn’t have imagined.

Tired of hearing about the wild time Jade and Marcus had together in the past, Daniel decides to venture into the cave himself. But instead of ending up in the prehistoric times, Daniel finds himself in ancient Egypt.

There Daniel catches the eye of the young, hot pharaoh. But with great pleasure also comes great danger. Can Daniel protect the pharaoh, or will he die in the past? 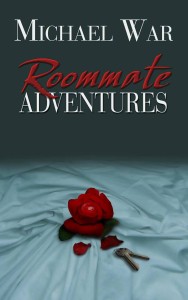 Danny has decided it’s time to make his life drama free, and he’s going to start with his living arrangements. The strife caused by a previous roommate is not something he aims to repeat. His plans are neatly shattered, however, when the new roommate arrives. Javier is exactly the kind of temptation he was hoping to avoid—and with him comes a whole new set of problems that leave Danny helpless as to who he really wants. 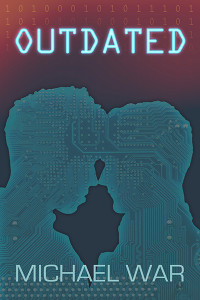 A thirty-six year old IT professional and married for ten years, Greg knows he’s not the young, hot and exciting stud he used to be. But he didn’t think he was so outdated that he would come home to find his husband screwing a younger man on their living room sofa.

Stuck living with his ex, completely lost when it comes to the drastic changes of the dating landscape, it feels like he’s going to be outdated and alone forever. The only bright spot in his life is Kellan, the hunky bear who frequently flirts with him. But even that is dampened by Kellan’s mixed signals, leaving it unclear if he really wants Greg at all.