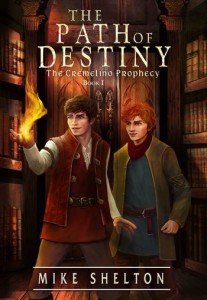 “Forgotten lines of ancient magic and the power of the throne. One will make them both his own if his heart sees the true power. . . ” So begins the ancient Cremelino Prophecy. Darius San Williams, son of one of King Edward’s councilors, cares little for his father’s politics and vows to leave the city of Anikari to protect and bring glory to the Realm. But when a new-found and ancient power emerges from within him, he and his friends Christine and Kelln are faced with decisions that could shatter or fulfill the prophecy and the lives of all those they know. Wizards and magic have long been looked down upon in the Realm, but Darius learns that no matter where he goes, prophecy and destiny are waiting to find him. 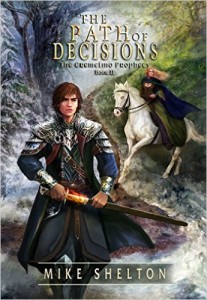 5 Stars – “The story grabbed me from the very first words, and kept me reading obsessively…” Tracy A. Fisher at Readers’ Favorite.
“Forgotten lines of ancient magic and the power of the throne. One will make them both his own if his heart sees the true power. He will bring light to fight darkness and love to fight hate if he reaches into the power of his heart…” So continues the ancient Cremelino Prophecy.

Darius San Williams, now the first commander of the King’s Elite Army struggles with his emerging powers. After winning his first battle against external foes, he must decide now to follow the King or to take matters in his own hands. Back in Anikari Christine wrestles with how to confront oppression against her people, while in Belor, Kelln must escape the clutches of an evil wizard and warn Darius. Mezar, the captured Gildanian quietly watches everything closely and harbors a secret of his own. Each of their decisions will determine the fate and destiny of their friendship and their kingdom.