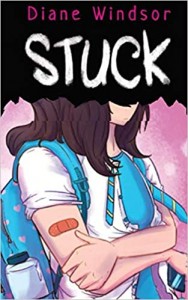 Cassidy Killed Her Best Friend – Then She Blamed Her Mom

What would you do if everything you thought you knew, turned out to be false? Sure, the intentions were good, but the facts were 100% wrong.

Cassidy and Angie were best friends. They were excited about their junior year in high school. Angie was a championship runner and almost certain to win a scholarship to a great university. Cassidy was a good runner, and would probably go to school close to home. But this year, they were just excited to be going to parties and hanging out with their friends.

Everything was great – until it wasn’t. Angie was diagnosed with leukemia. Cassidy, being the good friend she was, vowed to be by her side for every treatment until she was cured. Except Cassidy’s mom had never had her vaccinated for childhood illnesses, and she began feeling a little under the weather…That tickle in her throat was the harbinger of a tragedy that Cassidy never expects and causes her to question everything she was taught was the truth.

Edgy and courageous, STUCK will have you in tears one moment and rooting for the brave young women the next. Keep your mind and your heart open – you may need to think in ways you’re not used to. But you’ll be sure to encourage our young protagonists as they meet sadness and heartbreak with dignity and grace. 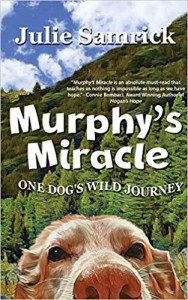 How Far Would You Go to Find a Lost Family Member?
Murphy Braun is a five-year-old golden retriever who loves her family, and loves doing everything with them. This includes going on camping trips in the beautiful ElDorado National Forest. But one camping trip didn’t go as planned. Murphy was lost in the forest; no matter how hard her family searched, they couldn’t find her. She spent many months alone in the wilderness, fighting to survive. Will her family ever find her? 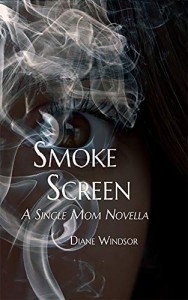 Drugs – Lies – High School
He was her baby. It was the two of them against the world.

They moved halfway across the country without any help – ready to make a fresh start.

They did everything together…until they didn’t. Sure, she knew that kids grow up. She wasn’t naive. But this? How could a single mom cope with this kind of behavior from her youngest son?

When Lynda’s son starts experimenting with drugs, everything she thinks she knows about parenting is tested. She’s on her own.

Smoke Screen, a Single Mom Novella, was written by Diane Windsor, who was a single mom for many years. She is passionate about helping single moms in all areas of life.