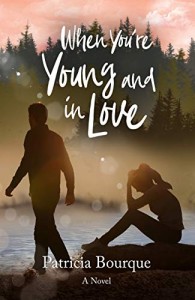 When You’re Young and In Love (Romance, Young Adult)

1960 – In his wildest dreams, Nick Thomas, could never have imagined the tragedy that would shatter his world and shake him to his very foundations. Handsome and charismatic, twenty-eight –year-old Nick grew up in the small New England town of Westfalls, married his high school sweetheart and had three beautiful children; success came easily to him and from the outside, it looked like a charmed life. Until the fateful day his world was torn apart. Racked with guilt and depression, he vows never to let himself be vulnerable to love again, until he meets a young girl desperately in need of an anchor in her life. Eighteen-year-old Kelly Anderson likens her life to living on shifting sand. When fate brings Kelly and Nick together at the Pine Ledge Resort, the attraction is immediate and intense but fraught with complications. Difficult choices have to be made. Can Nick do what’s right for both of them, or is the price he will have to pay too high?