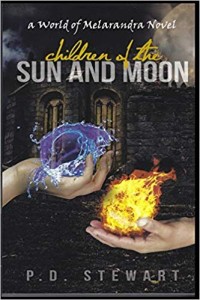 Children of the Sun and Moon: World of Melarandra, Book 1 – Fantasy

Nearly 500 years ago, the War of Wizards almost destroyed the world of Melarandra. The Order of Maget was created to ensure this never occurred again. For five centuries they have destroyed any creature or human who possessed magical abilities. But, even as this went on, a prophecy had foretold magic’s return.Royal twins Koral and Eric Traven had been told since they were children that the prophecy pertained to them. The prophecy told that both were needed to complete the task of returning magic, but Eric has other ideas. Always wanting to go down in history as a great hero, he plans to do it alone. Now, as their sixteenth birthday approaches, the betrayal the prophecy had foretold has occurred, setting everything into motion. Eric had gone off on his own, leaving Koral to scramble to find him, for if they do not achieve the task set before them together, magic would return chaotic, and destroy the world as they know it.Now, with the help of Gillock, a wizard from the old days, and beings that are no longer supposed to exist, Koral sets out into the Central Lands. Time is already against her and she wonders if she will find her brother in time. And, more importantly, before the Order does. 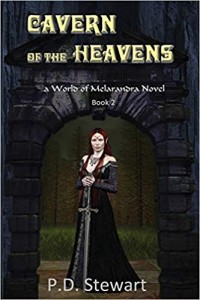 Cavern of the Heavens: World of Melarandra, Book 2 – Fantasy

They had failed. This, as well as the reminder that they had lost one of their own, continued to plague all those involved with the quest. Magic had been returned, but it was chaotic, and very dangerous. Their world was slowly falling apart. But not all hope is lost. Prince Eric, newly discovered to be a War Wizard, has been told that the death had been the true start of the prophecy. A passage in a book speaks of one with his magic abilities and points to a place that could hold the key to fixing magic once and for all. Now, Eric and part of the band, set off to the Realm of Lungast, with hopes that they may put things right. Danger is following them at every turn, and a war is brewing between the elves and humans of this land. Eric’s one hope is that they can fix things in time to save them all. 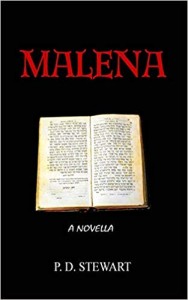 Tried and convicted for being one known to possess magical abilities, as well as being caught using demons and dark magic, Princess Malena sits in a cell, awaiting her punishment. Death Gillock, advisor to the king and queen, has a different idea. His plan: to get Malena’s side of the story, and before the penalty of death is enacted, banish her to the Void. It is the least he can do for the royal family, who has kept his secret for so many years. Casting a small spell to set Malena at ease, Gillock sets about writing down her tale. What he discovers, however, is a sad story of a simple life, and the tragedy that pushed Malena to become the person that all see today. 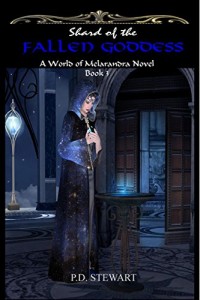 Shard of the Fallen Goddess: World of Melarandra, Book 3 – Fantasy

Magic has been fixed and the lands were starting over. Hopes and alliances are being created, ending the hostility that had plagued the Realm of Lungast for many decades. Life, however, has more in store. Talk of strange occurrences at Marlsman Keep have King Tusta worried. If the Border Wall fell, the land could be thrown into another war. This time with an unknown foe. 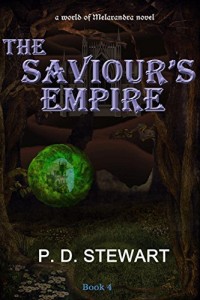 Brin Traven; the Saviour. Once a princess in the Central Lands, she now rules the Southlands.
Kijitsa-Mur: The Saviour’s Empire.
The land under her rule is immense, but her eye is drawn north. North is where she is from, where the family, who should have protected her, live. Hatred for them now fills her heart, giving her one clear goal: total destruction. They are the only people who could threaten what she now has, and after tasting the power under her control, Brin has no desire to lose it.
With her husband at her side, and a vast army filled with men and creatures, the like that no one in the north has ever witnessed, she swears to destroy her family, and take control of the Central Lands. 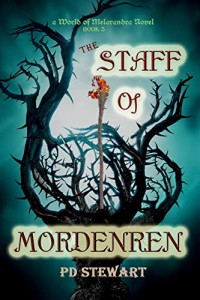 Book 5 in the World of Melarandra series.The Realm of Lungast trembled as word spread: The Therin have arrived. With a cloud of dust which could be viewed for miles, they thundered into the realm. Their goal was no less than to destroy their ancient enemy and enslave all who opposed this.But there is still hope.Within the Fallen Giant Mountain lies the Horde of Karabine. A horde which spans the ages and holds as many dangers as it does treasures. Here Prince Eric, War Wizard and next in line to be king of the Free-Realm, travels to find a stone. The stone, along with a branch from a rare white oak tree, could be used to create the Staff of Mordenren. With this magic, Eric might be able to push back the advancing army. However, travelling across an unknown land is not without its dangers. Captured by centaurs, their quest to create the staff could already be over.Three armies join forces to fight this new foe and attempt a plan of their own. Once again, pages in a book lead a few down a different path in hopes of defeating this enemy. With Glomain and two dwarves attempting to access a strange magic, and Eric off finding what he needs to create the Staff of Mordenren, all the soldiers can do is hope they can hold off the Therin long enough for one to succeed.