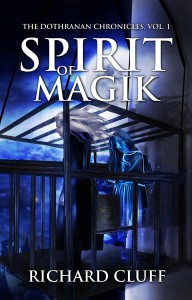 Ari Dothranan seizes power from her parents by murder. She finds herself trapped by the laws of the realm though: she must marry to keep it.

She finds her ideal match in Thorel Tangarth: a bright, naive young man who grew up in the country. He possesses the extraordinary gift to see and use the spirits of animals.

Old feuds of the Dothranan family interfere with Ari’s plans though: she and her Hold come under repeated attack. Thorel is caught in the middle of this due to Ari’s manipulations.

They must fight to stay alive against the forces that seek to destroy them. All the while finding out if they have a future together. Or will Thorel simply become another one of Ari’s discarded pawns?