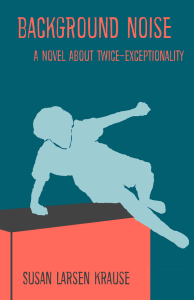 Jeremy knows he isn’t like other 12-year-old boys, but he doesn’t know why. Even his parents don’t understand why he fails at making friends, fails in school, and fails at anything normal twelve-year-old boys do. His biggest failure of all? In a science experiment gone wrong, Jeremy accidentally starts a fire that destroys his house. His dad is so disappointed in Jeremy that he leaves. For good.

Being different from other kids is one thing. But learning differently is another. After his latest crash and burn, Jeremy is off to another new school, dragging along the same old problems. Everyone says he is smart, but he doesn’t listen, doesn’t pay attention, and doesn’t care. Every new thing in Jeremy’s life just makes him feel worse. A new home that’s nothing like the old one. A new school that means all new opportunities to mess things up.

But this school is different. The classes, the teachers, even the kids are different. It isn’t long before Jeremy has friends who don’t think he’s weird. Friends who are different, just like he is. Except for one: Bree, the smartest girl he’s ever met and the meanest. She’s also the best Parkour athlete in the school until Jeremy comes along and discovers he just might have finally found the one thing he is good at.

Just as Jeremy begins to learn that Parkour may be a new way to manage his life, Bree sets in motion a plan that’s sure to knock him down for good. Thanks to Bree, Jeremy is right back where he started. A failure.