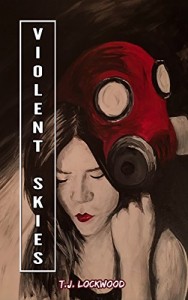 In a world overstretched in population and resources, the skies were meant to be the greatest beacon for innovation and freedom. The flying cities were constructed in a time of need driven by hope and fuelled by ambition. The end results; however, cast an unintentional shadow upon those still making a home below. While the world above flourished the surface where mankind originated decayed into a wasteland. This is a story of a wanderer named Wallflower, a package named Jace, and their journey to move on and confront the echoes of mankind’s past. Out there the best way to solve a disagreement is with a good old-fashioned bullet. Up in the skies or on the ground, it doesn’t matter, one can’t clean up a mess without making a bigger one first. This edition includes a bonus short story set in the Twelve Cities universe. 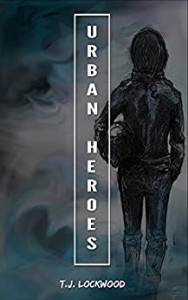 The creation of the twelve skyward cities did more for mankind than the renaissance of old. With them came a new species created to serve the ideals of the future. To Calista Ridley, an android is an android, just like heroes are little more than fairy tales. She knows the world is far from perfect, and that human nature is not something to be proud of. But she also sees the storm forming on the horizon. As a pilot of Voltza, her past decisions are set to shape the future in a way no one could have predicted. The lines between man and machine are blurring at a rapid pace. Innovation never comes without a price. 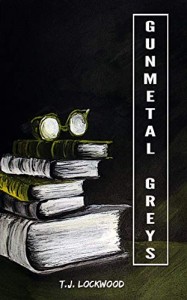 BY SEEKING TO PRESERVE THE PAST, NO ONE SAW WHAT HAD ARRIVED TO GREET THE WORLD IN THE PRESENT…

The day the twelve skyward cities rose was heralded by some as the darkest time in human history. While it showed how far humanity had come it also sent a clear message to the world many wanted to leave behind. For Ezra Kane, there is only black or white as far as history is concerned. As a Chronicler of Hereford, his purpose is to preserve as much of the past as his resources will allow. But when the city begins shifting into the familiar unrest that plagued the surface below, the path to peace becomes buried in a void of grey. Sometimes the answers we seek lie between the lines, and no matter what we do history is destined to repeat itself. 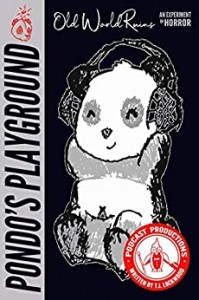 “What we’re attempting to create here is a gateway to another world. Think of the discoveries. We could be pioneers for a new age of science.”

The day the rituals were performed across the globe marked the beginning of a dark era for humankind. In a single moment, one seemingly insignificant cult paved the way for a new breed of monster to walk the planet. Liz Keller is a survivor, but that isn’t the title she would have given herself when it first happened. She was there when one of the portals opened, and has continued to fight the good fight ever since. Her compound is safe, and those living within its walls know it is because of her one rule: life does not continue without sacrifice. For those who survive, there is no exception.

Pondo’s Playground Presents is a series of stories designed to give writers an outlet to experiment and play in genres which may be way out of their comfort zone. Interested to learn more? Check out Mecha Panda Publishing for more details. 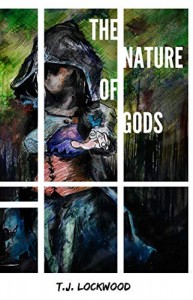 BEFORE CITIES ROSE, COUNTRIES FELL, AND THE WORLD WAS FORCED TO START OVER AGAIN…

In a time of peace and prosperity, the world has come to terms with the powers that rule. Twelve Generals with a common origin guide humanity towards a future away from war and needless conquest. Their desire to live a life separate from what brought them to Earth has led to many early advancements. Still, violence is in their DNA and the peace they’ve created may only be temporary. Arrogance and privilege run rampant in their ranks, and humanity has lost its independence to the beings they see as gods. This is the story of three women who must come to terms with the world they helped create. It is their action and their influence that will shape the future. They will be defined by the choices they make, and the consequences of their actions are destined to last a lifetime.