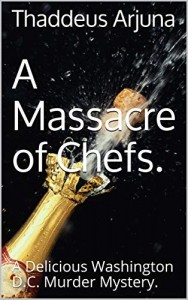 A Massacre of Chefs: A Delicious Washington D.C. Murder Mystery.

A dark edgy and raunchy tale of culinary jealousy and intrigue. Delicious creativity that you can taste coming from every page. Set in the 1980s, with cheating senators, and their mistresses, master chefs fighting for their lives, murder and mayhem and plenty of D.C. drama written by a Washington culinary insider, who tasted each and every dish. 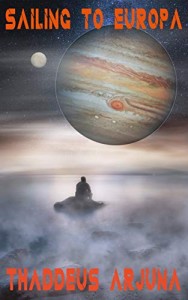 A fantastical journey on a solar sail to Jupiter’s frozen moon Europa. Past the boiling helium storms that rain diamonds and into the magnificent oceans beneath the icy crust, that harbor highly evolved beings that guide the Martian prince, through a wondrous and dangerous underwater world.