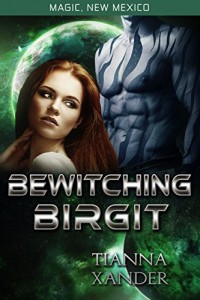 Birgitta Anderson has three problems: a lousy sense of direction, a broken-down car, and a strange mechanic named Reno. The first problem she was born with; the second a good junkyard could take care of, but the last might be a little more difficult to deal with—especially when it comes with three matchmaking brothers.

Reno Brewerigeron has his hands full dealing with his three younger brothers, who have decided it is his responsibility to continue the family since he is the oldest. Reno wants to get off the miserable planet his younger brother crashed on. They want him to mate, but that isn’t likely considering how small and fragile the women on Earth are.

Thanks to the meddling of his brothers, Reno reconsiders when a human woman awakens the beast inside him. His plans to court her take a turn when another group of aliens arrives searching for ​Birgit. Will Reno be able to keep​ her​ safe long enough to convince her she is the perfect mate for a stranded alien, or is he destined to lose his one chance at happiness?

Find out in Bewitching Birgit; where anything can happen in Magic, New Mexico! 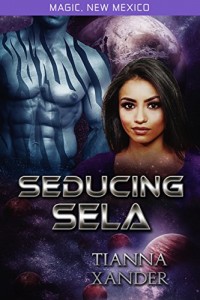 Sela Barker would probably think her life was cursed, if she believed in that kind of thing. Unfortunately, a hard life with her ex-husband has taught her to keep her feet firmly on the ground. Until one day, while fighting off the unwanted advances of one of the town bully’s goons, a stranger swoops in like an avenging angel and saves her.

Unaccustomed to the chivalry of strange males, or any man, for that matter, Ceno’s impressive actions make her want to believe in magic, if only just a little.

Unable witness the mistreatment of any female, Ceno rushes to the aid of a strange, but beautiful woman. One sniff of her luscious scent wakes the sleeping beast within him and he knows she is the one. Unfortunately, the full-figured beauty has both feet planted firmly on the ground. How can he convince the gorgeous woman they belong together when she refuses to believe in anything supernatural, even when faced with the truth of it in her own blood?

Can he convince the no-nonsense female that not only is he from a magical town, but he is also from another world, and that he is the one man on the planet who can turn her life around?

Find out in Seducing Sela, because anything can happen with the residents of Magic, New Mexico! 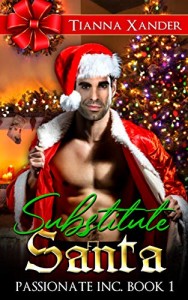 Can seven magical days at Passionate Incorporated’s new Santa’s Village resort help Kat ignore the inevitable? Her only Christmas wish is to help her dying daughter enjoy the magic of the holidays. Plus, she hopes the excitement will distract her little girl from asking Santa to leave a daddy under their tree on Christmas Eve.

Can Kat resist the tall, dark and handsome man playing the part of Santa? Does she want to?

It’s not Dom’s fault the barmy old geezer the village hired as Santa ran off with a stripper, but he’s the one expected to fill the role. Eleven-hundred years of avoiding human kids down the drain. It’s not a place any vampire should be, especially him.

Will Dom survive two weeks as Santa, or will he have another blackout like the one that sent him into a spiral of self-hate so long ago? 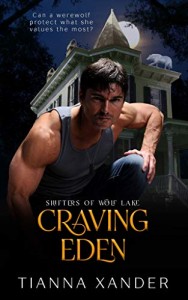 Eden McGuire is terrified when she discovers the man she’s dating is a living, breathing werewolf. Fearing for the safety of her unborn child, she flees into the night. Pregnant and alone, she meets Edward, a knight in shining armor, or so it appears. But her knight’s promises aren’t all they seem.

After discovering her hero is a villain, she runs again. With her luck and money fading, Eden returns to the place she once fled—and the only man she can trust to protect her child from a fate worse than death.

Jake Blackstone mourned the loss of his mate when she abandoned him ten years ago and vanished. Imagine his surprise when she turns up at his birthday party like a long-overdue gift.

Anger and hope war within him as he sorts through his feelings about his mate returning with a child she didn’t have before. Will Jake offer the little girl the security and protection her terrified mother so desperately seeks? And does Eden have the courage to face a living, breathing werewolf? 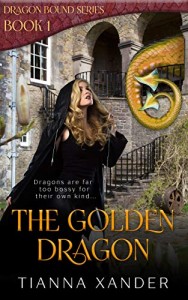 Drake Delfavaro knows when he sees the witch in the alley that she is the salvation he has been seeking. He will do whatever it takes to persuade the lovely, not-so-easy to convince witch of that, despite the fact she believes otherwise. He just needs the fortitude to survive the danger lurking in the shadows, her twelve sisters, and her family’s fickle skills with magic.

April Flowers doesn’t know what to do when she finds a witch-killing dragon in the alley behind her bookshop. Her first impulse is to run. When she learns that dragons don’t kill witches, they mate with them, she realizes she should have stuck with her original plan to disappear!

Now, April and her sisters’ lives are in danger, and all that stands between the threat to her family and her is a Golden Dragon. April knows that they need Drake’s help. Is the power of a single dragon enough to protect her family and save the one thing that she has come to love — the man who is the Golden Dragon?