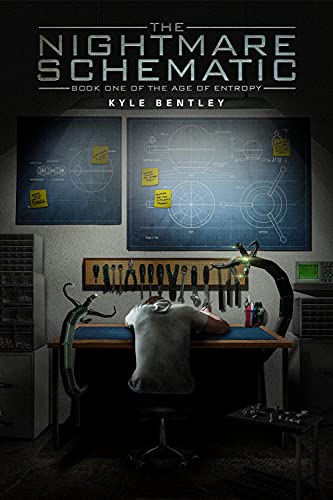 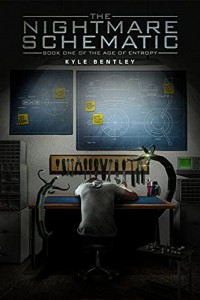 The Nightmare Schematic: Book One of The Age of Entropy – Paranormal, Urban Fantasy

Since he was a child, Connor has dreamt of horrible machines. Years of nightmares have left the young inventor clinging desperately to his unravelling sanity, but that isn’t the worst part; that would be the gnawing certainty he could build those mechanical terrors, no matter how impossible they might seem. Everything changes when his dreams reveal a new machine, a miraculous device that brings hope instead of terror, and could save humanity from the many threats facing our modern world. Connor sets to work immediately, desperate to know once and for all if the visions haunting him are merely bad dreams or something far more sinister. As the machine takes shape and forces Connor to question everything he thought he knew, unseen forces begin circling. Even with the help of his closest friends, can Connor escape the burgeoning threat? What’s more, will he ever unravel the mystery of the nightmare schematic?

The Nightmare Schematic is the debut novel of Canadian author Kyle Bentley, and the first book in The Age of Entropy series.