From His Perspective – Lisa Keeble 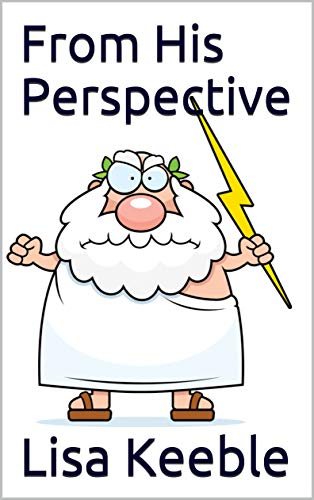 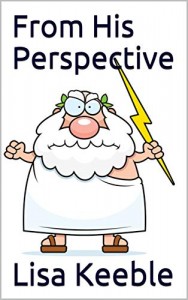 From His Perspective (Fantasy, Humor)

‘A genuinely laugh out loud book’ that starts with a big bang…actually it starts with THE Big Bang. It’s a unique blend of humour, fantasy and history – think Terry Pratchett meets Douglas Adams and you’ll get the general idea. From His Perspective is the story of The Boss and his hapless PA, Norbert, who work together, with their team, overseeing the Factory, better known to us as Planet Earth.

If it hadn’t been for an accident involving a stray biscuit crumb, a black hole and a size 7 tweed slipper, they could have stayed true to their original blueprints but, as it was, they got stuck with humanity, a complex and extremely irritating species.

As the humans blunder their way through history, trying to grapple with the myriad of emotions that were installed in the early developmental stages, Norbert and his Boss do what they can to help. Unfortunately, they frequently cause far more problems than they solve and are often hindered by the restraints placed on them by the Accounts Department, and the militant actions of Gavin who deals with Returns.

They watch as cavemen tackle woolly mammoths in order to fill their larders and provide next season’s wardrobe and quickly regret introducing them to fire. Rivers run red with blood and plagues of frogs are visited on the Egyptians which does nothing more than interrupt their laundry schedule and promote an increase in sales of sandal cleaner. The Boss has decades of sinus infections and soot-covered sandals as Henry VIII and Bloody Mary take power, prompting him to create syphilis and pheromones which, in turn, cause their own problems. Wars, the industrial revolution, slavery and empire building – all it does for Norbert and his Boss is push up the overtime budget, create more paperwork and really, really get on their nerves. Not only that but the human’s blatant disregard for their habitat means braving the really long ladders to make repairs to the ozone layer.

They are left doubting whether they will ever fully understand what drives mankind. More importantly, they wonder if they’re to blame. Did they add too much essence of sheep? Did Cyril make a mistake with his calculations when they decided to increase intelligence levels? Was it such a good idea to use different pigments for the humans just because it made life easier for Cedric in Tracking? Would their lives have been easier if they’d just stuck with amoebas and forgotten about human beings altogether?

In the end the Boss decides that the only way to really deal with the humans is to tell them why they were created.