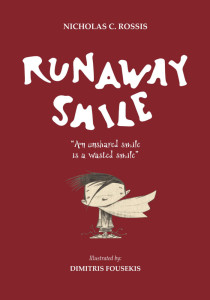 Runaway Smile: An unshared smile is a wasted smile – Children’s

“I woke up this morning and I had lost my smile and it wasn’t my fault and I looked everywhere and it was gone. Then I met a workman and a king and the best salesman in the world and a clown and no-one wanted to give me theirs. At school, I asked Miss to give me hers, but she gave us a pop quiz instead, and then no-one was smiling and…”

A little boy wakes up in the morning and realizes he has lost his smile. After spending the entire day trying to find it, he learns the truth behind smiles: the only real smiles are the shared ones. 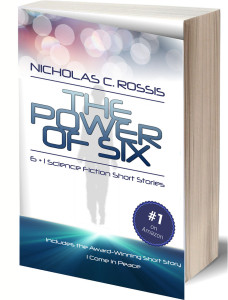 Six science fiction short stories written by the author of Pearseus, the epic fantasy series that has reached #1 on Amazon. This edition includes one extra story, written by Amos M. Carpenter.

Although they seem to be concerned with various themes, there are certain passions that run through them. What is the nature of reality; digital and corporeal? Is there more to the world than we can see? How far can we trust our senses? What are the consequences of our actions, and is it possible to change them? And if so, would we simply repeat same mistakes, or make new ones?

The anthology includes the following stories:

“Simulation Over”: How far can we trust our senses?
“For the Last Time”: The law of unintended consequences meets Merphy’s law during a man’s unexpected time travel.
“The Hand of God”: What do the game characters do when we stop playing?
“I Come in Peace”: an award-winning short story that poses the question: how far would man go to alleviate his loneliness?
“A Fresh Start”: If we were free to go anywhere in time and space, where would we choose to go?
“The Sentry”: What is a Sentry to do when the monster that steals away his family’s most precious possessions reappears?
“Big Bang”: A friendly game turns into much more in this short story written by Amos M. Carpenter.

Humorous and poignant, these short stories are exciting, intriguing and imaginative. 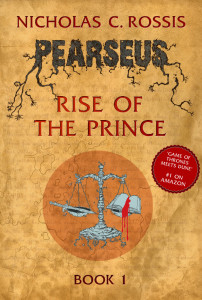 Justice without compassion is but tyranny

The series that has reached #1 on Amazon!

The handful of humans that crash-landed on Pearseus three hundred years ago have by now colonized a large part of the planet, rebuilding their civilization from scratch. In the process, they have created a dystopia for themselves, splitting into three competing factions: the Capital, the Loyalists and the Democracies, all embroiled in endless intrigue and constant warfare.

An uneasy truce between the three parties still holds – barely. While man turns against man, the First, Pearseus’ indigenous people, wage their own war against a shadowy enemy; an ancient conflict that threatens to engulf and destroy all of humanity.

Following an unspeakable crime, the men and women of Pearseus struggle to live and love as their world crumbles all around them. But can love be found in the ruins of humanity’s civilization? 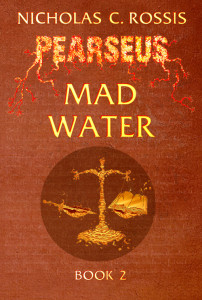 In the second book of the best-selling Pearseus series, the incessant scheming of the various players and their nebulous puppet-masters has brought about major change. Cyrus is now the new ruler of the Capital, struggling to fight Jonia’s revolt along with his own demons. Gella strives to keep abreast of Teo’s devious plans in order to end the war with Jonia. David returns to the First in an effort to overcome his loss of the Voice. Lehmor’s struggle to reunite with Moirah brings him to uncharted territories, where the enigmatic Iota play with minds, senses and the future of the entire planet.

Old foes and unlikely new friends appear as invisible forces continue to tear humanity apart. Masks drop to reveal the ultimate truth: on Pearseus, everyone has their own agenda. And they’ll stop at nothing to achieve it. 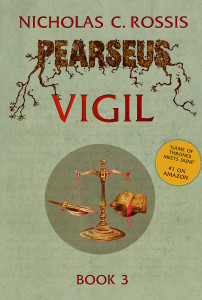 It’s a difficult time on Pearseus. Teo Altman has assumed control of the Capital and has his eye on Parad’s children. Pratin and his monsters have laid siege on Malekshei. The Old Woman has forsaken Lehmor and the First. And Sol is preparing for the Capital’s inevitable invasion.

As Malekshei’s defenders fight for their lives, they realize they need an army to stop Pratin. To raise that army, they must do the unthinkable: wake up those who have been sleeping under Pearseus for the last hundred thousand years.