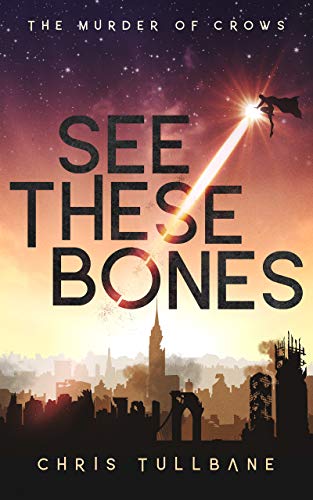 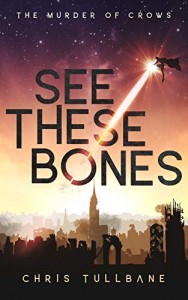 See These Bones: The Murder of Crows Book 1 (Superhero, Post-Apocalyptic)

Some superheroes want to save the world. Damian is just hoping to save himself.

In the post-Break world of superpowers, necromancy is the one gift nobody wants. Everyone knows what happens to Crows; they go mad and they go bad. That’s the story of infamous mass murderers like Crimson Death, Gravedigger, and Sally Cemetery. It’s also the story of David Jameson, an otherwise unremarkable man who came home one day and killed his wife, orphaning their five-year-old son, Damian.

Thirteen years later, Damian has inherited more than just grey eyes and a beak of a nose from his father. He too is a Crow, doomed to become a killer unless he can find a way to avoid the violent madness endemic to his powers. When a Finder offers enrollment at Los Angeles’ Academy of Superheroes, he jumps at the chance, believing training could be the key to changing his fate. His classmates despise him, the majority of his teachers want him expelled, and his mom’s ghost hasn’t said a word since reappearing when he was nine, but Damian isn’t the kind to give up. He’s going to take control of his destiny or die in the process.

See These Bones is a post-apocalyptic, superhero, coming-of-age ghost story… with expletives.