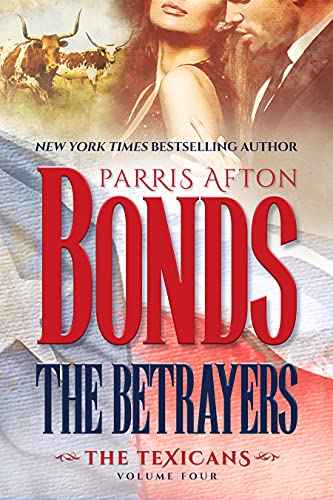 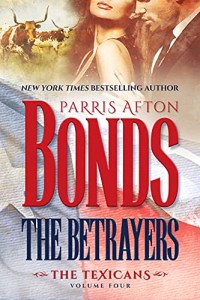 Love and hate combine to endanger the Paladíns and all they hold dear.

WHEN A LONGTIME family friend is wrongly accused of involvement in a Houston riot and mutiny, Drake Paladín vows to get the best attorney money can buy. That lawyer is none other than Roger Clarendon, known not only for his legal prowess but his insufferable arrogance as well. When the drunken attorney makes an aggressive pass at Drake’s wife, Angel, Drake breaks Roger open like a shotgun. The violent scuffle results in Roger’s father—the Honorable Brighton Clarendon, Associate Justice of the United States Supreme Court—delivering a none-to-subtle message to the Paladíns: politics is dirty business.

From hereon, the Paladíns are under the gun, suffering failures and even outright sabotage across their many business ventures. Eventually, even The Barony itself, the sprawling South Texas ranch the family fought and won the right to at the Battle of San Jacinto, is put in peril. Rallying together to save their ancestral home, the Paladíns finally put niceties and tolerance behind them. This is war.

But this battle to exterminate the Clarendons takes Preston Paladín all the way to the bowels of pre-war Nazi Germany—and the disarming charms of the beautiful Fabienne Allaman. But on whose side is she really? And dare he risk The Barony and the fate of his entire family for the love of a resistance fighter with nothing to lose?

In the penultimate volume of her riveting Texicans saga, New York Times bestselling author Parris Afton Bonds weaves the threads of loyalty, class, power, and politics into a single captivating tale of one family’s struggle to survive the fires of war and The Great Depression. Written with the authenticity of an historian, the color of a painter, and the grace of a choreographer, The Betrayers is Bonds at her finest.