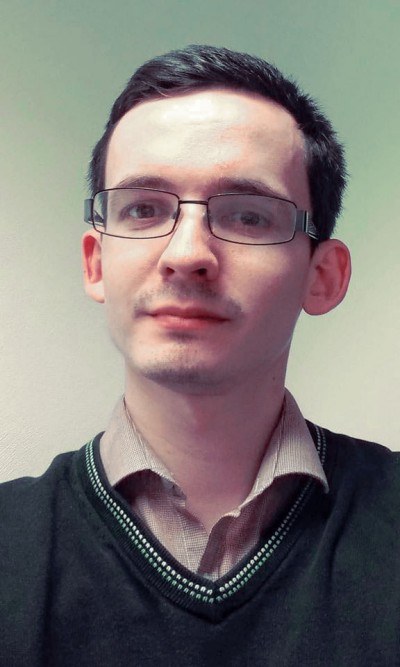 Charlie King: My name is Charlie King, an author from London, England. I have been writing books for the last five years now starting with two self-published books, The Lyons Orphanage and The Lyons Legacy, up to my recently published children’s book, Lizzie’s Dream Journal.

It was a case of third time lucky as I had my book published by a small independent publisher. All the books have had a kind of fantasy element with The Lyons series focussed on mind-reading while Lizzie’s Dream Journal has a dream world and the real world.

A girl who writes stories of wonderous lands, heroes and villains who must face it all in a dream world.

CK: I wish I had some nice space to write or a nice desk with post it notes everywhere where I could sit down and work or even a back garden. For me, the only place I can write is my rented room as I have no other living space which can be a problem because my room is filled with plenty of gadgets to distract me.

CK: I must have an idea of what I am writing about, the idea can start very vague but I don’t usually stare at a blank screen with no plan and relying on my mind to suddenly create the next part of the story or the idea.

CK: I grew up on the Harry Potter series, an obvious answer I know but it was the only series where I would read one and anticipate the next one. As an author however, I’m more influenced by the Game of Thrones series; my original plan for Lizzie’s Dream Journal was for the dream world to be a vast landscape with plenty of characters but I chose to scale it down. I also like how in the series there is plenty of moral ambiguity where you can support one character one minute and hate them the next.

CK: I feel that gaining reviews from my first and second book helped me to develop as an author so I am glad I self-published and got it out there. I felt as though the reviews were fair and offered genuine advice on how to improve my writing which I think is shown in my latest book. It also showed that I at least had a solid writing base to build on.

CK: I think any author who says they never even dream of the idea of their book being a huge hit and getting TV deals/movies is being realistic but probably lying. Realistically though, I want a group of people, doesn’t have to be a big group, to connect over my book, to discuss its points, to recommend it to others and just genuinely smile when they mention the book.

CK: Not so much a favourite review but I did send the book to one reviewer and by the time I messaged another, the two had been in contact with each other talking about my book. So the reply to my email from the second person mentioned how they were excited I had reached out to them.

While I won’t leave the whole review, this line, in particular, stands out from a review on The Lyons Orphanage, ‘ A book of 221 pages that went from ‘Meh’ to ‘actually this is really rather good’ to ‘Oh! I did enjoy that’. 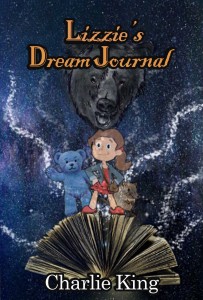 CK: The part of the writing process I struggle with most is trying to not explain everything to the reader. I am not a big fan of creative responses like ‘this means whatever you think it means’, I have an urge to tell the audience exactly what is going on so I have had to cut back. I like to drop small subtle hints at something in the story but when something is revealed at the end of it, I have an urge to point out to my readers how all the subtle hints add up to this moment.

On the publishing front, it can be a struggle to get rejection after rejection and not that it improves the situation, but you can end up going numb with it no longer affecting you.

CK: Editing. Editing. Editing. My base writing style seems pretty much set for me now so I don’t feel there is anything I could do to improve the writing at the time of writing. Stepping away from a page, a chapter, the whole book for a little while can help you to tackle it with fresh eyes and improve word usage and sentence structure.

CK: The relationship between myself and my editor for Lizzie’s Dream Journal was very relaxed. The important thing is to not change everything in one swoop. First time around was the basics of adding or removing words and then moved onto questions of whether something could be explained better or if an extra sentence was needed to clarify what was said before. The changes should be suggested at will but the author should be the one to have the final say on what changes might occur.

CK: If someone hated my writing, I could only say as I said earlier that while my writing might change slightly and improve in other areas, the basic style of how I write and my structuring of stories will remain the same so if they don’t like it now, they probably ever would.

CK: Just write something. It sounds simple enough although I am not telling an aspiring author to write a book straightaway. Just find an outlet to write on; create a blog and write about TV or sports or society, the blog doesn’t have to be a creative writing exercise. Having said that, writing numerous blog articles, you might find that your writing goes from a matter-of-fact style to a style that is more the way you would talk if you were speaking your blog out loud.

If you have the smallest morsel of an idea for a book, write it down and write down anything that comes to mind; what cliches are involved in that genre, can they be turned on the head? What is the basic idea? What is the main character’s endgame? Is this the real world, a made-up world or the real world that we no longer recognise?

CK: I plan to keep on writing. Whatever success may come from what I have written so far to the success I might have from future books, big or small, I will keep on writing. I have a few ideas floating around in my head that I need to type out and do as I suggested in the previous paragraph in order to expand those ideas.

CK: The Lyons Orphanage cover is simple as my options were limited but the single image with the glow around it was quite striking. On the other hand, my uncle did the design for The Lyons Legacy, which was much cooler and was striking with the image from the first cover enhanced but also made it look as though the logo was melting.

For Lizzie’s Dream Journal, being aimed at 8-12 year olds mainly, I knew the cover art had to be eye-catching and really wanted to show off the fantasy element which is why a teddy bear, a rat and a bear do not look out of place on the cover. Although it is a children’s book, I didn’t want the cover to completely put off an adult from possibly reading it so I made the colours, particularly on Lizzie, a little duller.

CK: I used to read lots as a kid and that would often be fantasy stories like Harry Potter, His Dark Materials and The Edgewood Chronicles. Nowadays when I do read, I’m catching up on the classics across a wide array of genres from 1984 and Dracula to Little Women and The Jungle Book.

CK: Since I have not read much new, there is nobody I can personally recommend for their writing but I would be remiss if I didn’t mention for you to check out my fellow authors at CAAB Publishing, the publisher who took on Lizzie’s Dream Journal.

There are a few writers I follow on Twitter who keep me entertained even if they don’t know who I am that are worth a mention:

Asha Seth- An early supporter of my work who dabbles in everything bookish from book reviews, to booktube, writing poetry and I believe now she is working on writing a book.

Elizabeth Holland- While romance novels aren’t my thing, I enjoy seeing what could best be described as the outtakes to her videos with various facial expressions which make me laugh, videos she creates on top of her writing.

Anthony LaFauci- Gets an honourable mention because every other thing he tweets, I tend to laugh at. Writer and host of a podcast.