Posted Jun 28 2017 by TheButler in Interviews with 0 Comments 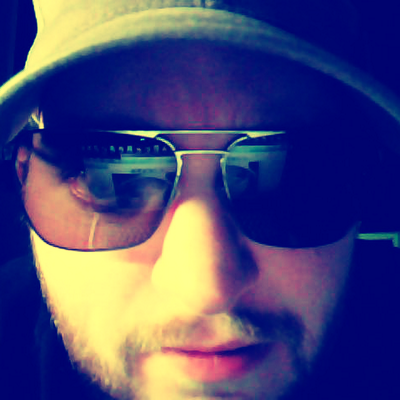 I am a writer, musician, and artist (I’m better at some things than others) who has always been fascinated with noir and real life detective work. I started writing the series I’m working on now because of my Dad’s and my shared love of things like “Veronica Mars” (though my stuff is rather more adult than that).

Gritty, rugged detective noir with healthy doses of humour, gut wrenching angst, and heartfelt family drama. Some other stuff, too.

The writing has never been a problem, but there were a few learning curves I wasn’t quite prepared for in the beginning. Like, I had no idea about book formatting and things of that nature. I’m still kind of a fish out of water where marketing is concerned, but I’m getting the hang of it.

I’m open to writing anywhere (I always carry a notebook or two), but I greatly prefer to be at my desk, surrounded by my stuff and wearing a pair of headphones.

“One Piece” by Eiichiro Oda, anything Vonnegut, and loads of comics. I suppose I’m not your typical author in that area. I don’t really read all that many book books. I love them, and I love writing them, but I spend so much time working, that getting super involved in reading other people’s work kind of feels like I’m wasting valuable time I could be using to write more books. I honestly take far more inspiration from TV, movies, music, and video games than from books.

Feedback, probably. I know a lot of people who have wildly different personal, dogmatic, and political ideologies and desires, and I always make sure to give advance copies of my work to a handful of them. Most people I know (the ones whose opinions I truly value) can be quite brutal in their honesty. I find that helps make me better at every turn.

Financial security. Sure, I’d love to sell millions of books, but I mostly just want to be able to make a living. It doesn’t have to be an extravagant one. Beyond that, in the more abstract, creative fulfilment is the truest goal.

I write. I set narrative challenges. Since what I’m working on right now is a series, I have to make a conscious effort to keep the settings and characters interesting. I’ve got a lot of hard plot points set in stone, and they’re set regardless of how well certain characters, plots, and settings are received. I find that being rigid with those things helps to keep me focused. It keeps me from veering off into writing rambling garbage. These stories are finite, and knowing that helps me in a myriad of ways.

The author writes and the editor makes sure they catch any errors. That’s it as far as I’m personally concerned. I mean, I’m a ‘my way or the highway’ type of guy in a lot of ways, and I don’t need someone telling me how to tell my stories, if you know what I mean. Some people need deeper editing for plot and things of that ilk, but I’m not one of them. I self edit the entire time I’m writing. Sometimes I’ll rip out full chapters worth of writing I absolutely adore if there’s one little thing in it that could derail or even dampen the narrative as a whole. As a matter of fact, I jettisoned and re-wrote the entire second half of “Bully For You” because one plot point was kind of wimpy. I’ve been told that’s a little insane, but then again, I am a maniac.

Well, I would thank those who love it and hope those who hate it like the next thing or just move on. I have no fantasies that everyone’s going to like my work. There’s actually a lot of stuff in my writing that many would think of as a turn off. But I can tell you this; I’d rather have someone loathe my work than be completely indifferent to it.

Tell your story your way. You know, make sure it’s coherent and that people can understand it, but ultimately, do your thing the way that works best for you. Tell an honest story that you genuinely care about telling, whether it has mass, immediate commercial appeal or not. Honest writing resonates.

Well, in the most immediate future, I’ll be releasing “a HARPER collection: Volume One” which releases in print on May 18th and digital May 25th. After that, I’ll have two more books out by the end of the year. As I tighten them and get them ready for release, I’m working on writing my first draft of the sequel book to “Bully For You”, titled “Among the Dirt and Bones”, which is shaping up quite nice. Then it’s rinse and repeat from there. The goal is to have at least four books out a year. And I’m not talking anything under novella length. It’s a tremendous undertaking, but I feel it’ll be worth it in the end.

In a nutshell, I just go with what I like to see on a cover. Something that would make me pick a book up even if I had no idea what it was. Then I think of the story and what scenes within could be represented. From there, I either then do the cover art myself (as with “a HARPER collection”) or I get someone else to do it (as with “Bully For You”). You know, everybody always says ‘don’t judge a book by its cover’, but then we all turn around and do exactly that. And I actually just did a feature on my website about creating the cover to the collection*. I’ve been thinking quite a lot about this question lately.

I kind of touched on this above, but I don’t really read all that often. When I do, however, it’s usually some kind of comic book, a noir, true crime, or something relating to horror or music.