Posted May 10 2015 by TheButler in Interviews with 0 Comments 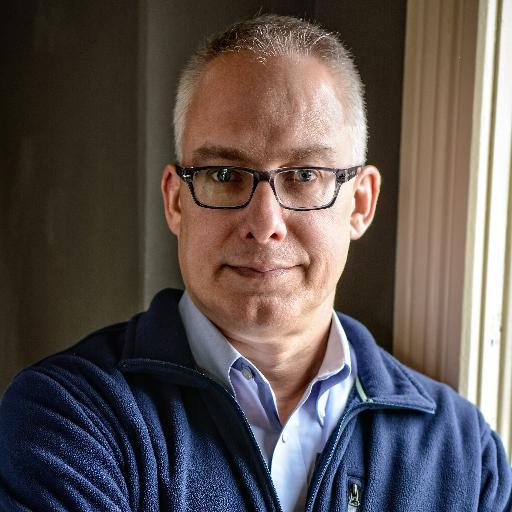 I’m a recovering corporate executive. I left the business world almost two years ago and wrote my first book, The Dream Guild, on a break between jobs. I enjoyed it so much that I decided to write full-time and completed my first sci-fi series, The Dream Guild Chronicles, last fall.

About a year ago, I started working on a military thriller with a fellow Navy veteran, JR Olson. Weapons of Mass Deception, our co-authored novel about modern-day nuclear terrorism is being released on May 15, 2015.

I do most of my first drafts in coffee shops. I find the ambient noise is helpful for the creative process. For editing, I tend to use my desk where I have a good Internet connection and two screens.

Nope. I try to avoid being around a TV, but that’s about it.

Dune by Frank Herbert is my favorite sci-fi book. I re-read it every few years. As a midshipman at the Naval Academy, I read The Hunt for Red October by Tom Clancy, and ended up becoming a nuclear-powered submarine officer. I’m also a big fan of Charles Dickens, both as a writer and as a businessman.

Working on projects to completion. When I first started writing, I would draft a section, then go back and rewrite it until it was perfect. That ended up wasting a lot of time since the story often changed as I got deeper into it. I’ve found that when I complete a project and look back I’m able to gain a much better perspective on the entire process.

To tell a good story. People can draw whatever lessons or themes they want from my work, my job is to keep them engaged from the first sentence to THE END.

Every time I start a new project, I consciously try to improve on one aspect of my craft—without losing the things I already do well! It might be setting a deep point of view early in a scene or working on snappy dialogue, but I try to be specific about it when I start.

Give and take. The bond between editor and writer is more than just the mechanics of punctuations and sentence construction, it’s personal. I expect my editor to tell me what’s working in the story and what’s not. Your editor is the most important (and most expensive) part of the book production process—choose carefully!

Thank you! How did you find me? What would you like to see me write next?

Thanks for giving my writing a try. I’m sorry it didn’t work for you.

Always try to make your next book better than your last one.

I’m alternating between my sci-fi solo work and my co-authored thriller writing. In 2015, we’ll be releasing a co-authored novella and spooling up the sequel to Weapons of Mass Deception. On the solo front, I’ve started a sci-fi serial about a young officer in a future Space Navy—think of it as a cross between Star Trek and Horatio Hornblower—and I’ve been asked to write an apocalyptic novel for the bookverse Apocalypse Weird. In my spare time, I’ve written some short stories that will find a home in the Future Chronicles anthology series.

I don’t; I leave cover art to the professionals. I’ve worked with the same cover artist since my second book and we have a process. I email him the theme of the story and a few key images and he generates some sample covers. We iterate until I’m happy.

I read every day, at least a few hours. I try to spread my reading between craft books, indie books for review, and books of any genre for pleasure. In the off-times, I try to sneak in a presidential biography.

Find out more on David Bruns at: