Posted Dec 15 2015 by TheButler in Interviews with 0 Comments 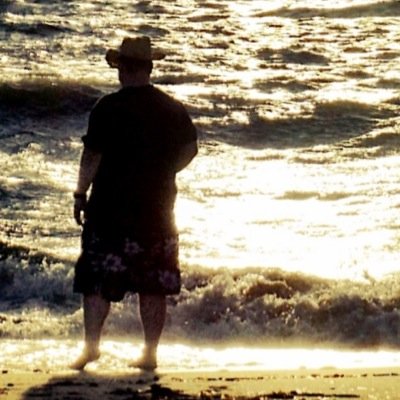 I’ve worked in a variety of areas before this, including education, the video games industry and graphic design. My work has taken me to several continents, and I’m trying to draw on some of that experience in my writing.

Unlike my previous jobs, I like the freedom that writing affords. When working in some creative professions, the final result is a compromise between many skilled creatives, but as an author (even when you factor in editing) you have final say over much of the content. It’s liberating.

I find most good supernatural fiction involves the template “ordinary person in extraordinary situation”, so:

What if you woke up tomorrow to see something that would challenge everything you’ve come to believe?

I write in two places. Firstly, I have a home-office, which is mainly useful for my whiteboards. However, when doing a large amount of straight-up writing (planning etc. is done) I tend to take my laptop to the library. Their WIFI is poor, so there are no distractions!

In my case, I need some kind of plan – on the planner/pantser scale, I tilt very much toward planning. Although I might write a scene “off-the-cuff” I always know where it starts and where it’s going to end.

The only scenes in which I make an exception to this rule are “fight scenes” or other fast-paced action sequences. I tend to have-a-go at those before doing much planning, as I find they “flow” better. Obviously they need a lot of editing but that’s part-and-parcel with the job.

The single biggest influence on my writing in recent times was the His Dark Materials series by Philip Pullman. That trilogy of books is wonderful, but it isn’t the only reason.

Those books came along for me at a time when I was experiencing a bit of a creative drought. I felt I had so many ideas, but didn’t really know what to do with them. They inspired me to learn a little bit about the craft of story-telling; about how to rope together all of those disparate ideas and work out how they “fit” into a narrative. That process was what eventually led to The Scissors and the Sword.

Discovering yWriter. People use Scrivener too, and that’s fine, but yWriter works in such a way that I can transfer ideas straight from my head to a project, without losing much in the process. It’s just something to do with how the program is organised.

My dreams in this area are simple. I want people to read my work and enjoy it, and would like to make writing profitable enough to be my full-time career.

As an aside, I feel that fiction can be a force for good in the world. I would love, for example, someone to approach me at a book signing who told me that one of my character’s struggles helped them get through a difficult time in their life. That would mean a lot to me.

Read, watch and analyse. When I see new films or read new stories, I often grab a notepad and perform teardown exercises to try and understand how and why they are effective.

People make all sorts of creative relationships work, but I think the ideal is one based on mutual respect.

In honesty, I’m not sure. I’m always analysing, though, so I’d want to talk to them about why.

I’d thank them for at least having spent the time reading it.

I expect readers are sick of all the usual answers, such as praising perseverance or confidence, so I’ll give an obscure tip: Buy a whiteboard; a big one. Old-school, perhaps, but they are phenomenally useful tools for planning.

Right now, I’m busy with promotion for The Scissors and the Sword. That being said, I’m starting formalise a plan for what I will write next; I have a few irons in the fire.

I used to be a graphic designer, so I have some measure of Photoshop ability. For my latest book, I made the cover myself using purchased stock-photos, textures and fonts. I think people really do judge a book by its cover; especially in online purchases where you have so little to go on, so the design took me a solid week to get right.

Not as much as I’d like, though I imagine I still read quite a bit by some people’s standards. I read a great deal of fiction; I’ve just finished Snow Crash and I’m moving onto The Fourth Protocol.

My latest book, The Scissors and the Sword, is now available on Amazon for Kindle and in Paperback format, and can be found here: