Posted Jun 10 2015 by TheButler in Interviews with 0 Comments 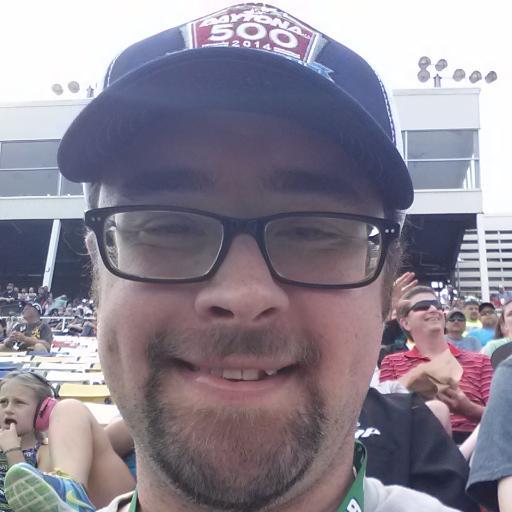 I’m a 33-year-old media relations professional who has been writing in one form or another since I was in high school. Back then, I was an aspiring comic book creator, and I spent so much of my time creating characters and stories, but over the years, my writing ability has far outclassed my drawing ability, so now my focus has shifted away from comic books to novels.

I studied journalism in college, and in the years since I’ve been both a newspaper writer and a media relations professional – which I think is why my writing has improved so much over my art. In fact, my debut novel, Bounty, was originally one of my comic book creations. I simply made the transition in medium, and it’s largely been seamless.

Wherever I have the space and the time. I write at home a lot, but I also sneak in some writing at the office whenever possible. Where I write really doesn’t matter to me – much of Bounty was written in airports and on airplanes – I simply try to squeeze the words in whenever I have the time and the opportunity.

The comic book X-Men was my first influence, because that was the book that originally made me want to create. Eventually, I branched out beyond Marvel, and the early days of the comic book Witchblade were an influence on me, as well, because that was my first taste of a female lead character in a solo book. As I’ve gotten older, I’ve read various books from the likes of Dan Brown, Kathy Reichs, and Richard Castle (or whoever is hiding behind that moniker), but most of my storytelling influence has stemmed from television. Joss Whedon – specifically, Buffy the Vampire Slayer and Angel sparked a creative renaissance in me, and I think that alone has had more of an effect on me than anything else.

Writing. Even the work I did in my days as a newspaper writer helped develop my style and my voice. That’s really the only true way to improve and develop as a writer. Just write. Even on the days where it feels like you don’t have it (and trust me, I have plenty of those), just get something down on the page. Like just about everything else in life, the only way to really grow and develop at writing is to keep doing it.

In a perfect world, I’d love to make a living out of my writing. But short of that, I want to build characters that matter to people and tell stories that resonate with them. I think the highest compliment one can get, as a writer, is for someone to tell them that what they wrote spoke to them on a deeply personal level. The best writing makes the audience feel something, and more than anything, I hope I can accomplish that.

Aside from writing, I think reading is a great way to improve. Don’t just read things that are similar to what you’re writing, either; read all kinds of fiction. Read non-fiction. Read the newspaper (yes, those still exist). Read magazines. The more you read, the broader your knowledge base. The more you read, the more you’ll expose yourself to different writing styles and voices, which can only help in developing your own.

Symbiotic; everyone assumes editors are automatically the boss over writers, and I simply don’t believe that. To me, the perfect editor-writer relationship is one in which both parties benefit and tug a little on each other. It’s almost like tug-of war, to me, only the idea isn’t to make the other person fall into the mud pit; the idea is to push and pull on each other so that we both get better and, ultimately, put out a better product.

I would thank them for their support and their kind words, and I would ask that they continue to support my work and spread the word.

I would ask them what their issue is with my writing, and if I wasn’t able to change their mind, I would thank them for at least giving my work a try in the first place. I’m not going to be everyone’s cup of tea, and I understand and accept that. I’m more worried about people not reading my work in the first place than I am about them not liking it.

Just write. At the end of the day, nothing else matters if you don’t sit down and write. The editing, the promotion, how to get published… those are important things, and they will come up in time. But unless you sit down and you write whatever it is you want to write, none of the other stuff is going to matter.

I think that’s where my background in comic books comes into play. Covers are funny to me, because I look at them as a balancing act. Yes, I want to create something that catches the reader’s eye, but at the same time, I don’t want to create something that is so busy and out there that it either takes away from the book itself or turns the reader off. There’s also budgeting to consider; I don’t currently have the budget to hire someone to design a cover for me, so I have to make do with the tools I have and make the best of it from there.

I try to read every day. I still collect comic books to this day, and I like to read mysteries, thrillers, supernatural stories, that sort of thing. I like to broaden my horizons a bit, because I don’t buy into this notion of writing what you know. Writing what you know leads to boring stories; branching out and getting out of your comfort zone a little is what helps craft great stories, and I think reading is a great way to accomplish that.

Bounty is J.D. Cunegan’s debut novel, and it is currently available in paperback on Amazon and Barnes & Noble, as well as on Kindle.