Posted Mar 26 2021 by TheButler in Interviews with 0 Comments 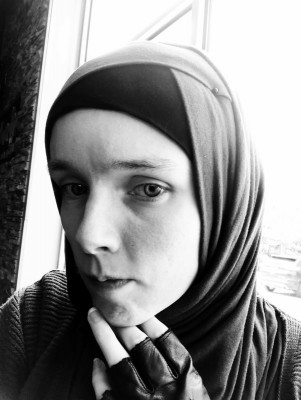 Jamila Mikhail: My name is Jamila Mikhail, but I’m known simply as Mila to just about everyone. I’m from Ottawa, the capital of Canada and I’m actually a university student with an Indigenous Studies major. I’ve been writing pretty much my whole life because that’s the only socially acceptable way I’ve found to express myself over the years, and in 2017 I decided to publish some of the things I’d written, and much to my surprise, it turned out great! Since then people have been writing more. The main themes of my books are contemporary, albeit taboo, social issues and I don’t mince my words or hold back the punches in my writing. That’s what people should know about me.

JM: They’re raw, hard-hitting, will make you cry and keep you up at night. You won’t forget them, that’s guaranteed! 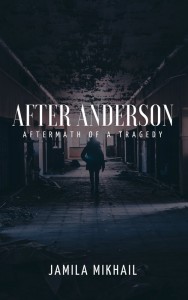 JM: In my grandma’s rocking chair (she passed away shortly after my first book was published, and my second is dedicated to her) in the living room where I’m sitting now. While I do technically own a desk and everything, it’s so damn cluttered with just about everything you can think of that’s really just a junk storage now and I can’t use it to write!

JM: No distractions. That’s all. I don’t need anything in particular other than be in an environment where I can focus without being interrupted by people, the TV or anything else that comes with the territory because otherwise I get carried away. I’m easily distracted because I tend to get bored extremely quickly in just about every area of life. It’s been my lifelong biggest obstacle.

JM: It’s hard to pinpoint just a couple because I have bookcases and bookcases of books in this house – so many that I’ve had to start collecting ebooks because I’m running out of space – but I’d have to say that the autobiography of the commandant of Auschwitz and the writings of Ted Kaczynski both had a lasting impact on me in high school. The commandant’s part of the reason why I chose to study social sciences as an adult. While I don’t write (or, I should say, haven’t yet written any) historical fiction, there are definitely themes in my writing that transcend time. As for Kaczynski’s writings, well, I’m one of those people who hate technology (always did, grew up without it too) and considering that everyone is glued to a screen these days I’m either feeling frustrated about having to do it too or all alone looking like a weirdo because I don’t do that kind of thing!

JM: Connecting directly with readers has been rewarding on so many levels. Not just being an author, but really just the human experience that two people can share on different sides of a story has been the best part for me. I met the person who is now my best friend after she read my second book “Don’t Let Me Go” and decided to send me a message on Goodreads. She’s been my number one supporter ever since not just as an author but as an individual. I couldn’t be more grateful for the connections that I’ve made!

JM: I want to leave an impact on the reader and make them think. For me, it’s never been about making money or becoming a big name or winning awards or anything like that. It’s always about speaking to and from the soul. If I can touch the reader’s soul I know I’ve accomplished everything I wanted to do with that book. So far I know I’ve been doing a great job because I have the reviews and emails to prove it!

JM: The best comments I get about my writing are those that aren’t published on Goodreads or Amazon. I’ve had a lot of people write to me privately after they read my last book “After Anderson” telling me deeply personal stories or otherwise how they related to those stories. It was an honor to be a sounding board to them and that they felt like they could tell me things they’d never really told anyone else. Those are the best kinds of reviews you can get as an author. 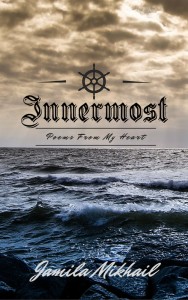 JM: There are two, in fact, both noticeably absent from any publishing manual or discussion I’ve had with other authors both before and after getting published myself. First, predators! I’ve been at the receiving end of so many attempted scams it’s ridiculous! I literally can’t open my email or any kind of account related to my writing without seeing some shady message promising me big things. One day it’s guaranteed reviews, the next it’s becoming a number one bestseller, and the next it’s having my book made into a movie. I’m both paranoid and intelligent enough to spot a scam from a mile away but never in a million years would I have expected something like that after becoming a published author. I thought that these kinds of predators would be after the money or books of big-name authors, not those just starting out but I was wrong! More scammers know about my work than readers!

The second thing that I’ve been struggling with is the pressure of having an audience. It became apparent after my second book that I’d developed a tiny but mighty (and demanding) following and these people were absolutely expecting a third book and weren’t shy about letting me know! After my third book came out it took merely a few months before my fan base (that had expanded further at that point) wanted more. To me, that took quite a bit of fun out of the writing and publishing process for me because I do it to cope with life, and now having people putting expectations on me like that has brought me stress. At least for the moment, my audience seems to be content to know that the fourth book is in the works!

JM: There’s nothing particular that I do that’s any different than other authors. I reread my work, rewrite it entirely sometimes, use feedback beta readers and all of that to make sure it sounds raw and authentic (that’s my signature style!) without compromising what I’m trying to convey. More importantly, though, I keep an open mind because my writing grows as I grow as a person too.

JM: One of openness and trust, that’s for sure! On one hand, an author should seriously look at the suggestions of the editor, but on the other hand, the editor needs to know and understand the voice/style of the author. There needs to be that team feel between the two of you, not just a job feel, you know what I mean?

JM: Love it or hate it, you’ll never forget it! For good reasons or bad reasons, you will remember me.

JM: I would tell them to beware of scams! As mentioned earlier, nobody ever talked to me about that while I was researching publishing (for well over a year before I released my own work) and I was caught by surprise big time! I would also tell them to write from the heart because it’s those books that are unforgettable, not that same old polished-up mass-market crap that’s the same as the five other books you read before it. Stay true to yourself and to your voice because anything else is a travesty and a betrayal to the whole point of writing.

JM: It holds plenty more books I can tell you that much! I’m slowly typing away my fourth book and there are plenty of serious ideas for books five, six and seven currently in my head (and in my notes) so I’m certainly not about to retire from writing any time soon! Things aren’t going as fast as I would like because the student life is demanding but I’m not going anywhere even if I stay silent for a while. My loyal fans won’t let me hear the end of it if I don’t pop out a new book every couple of years! 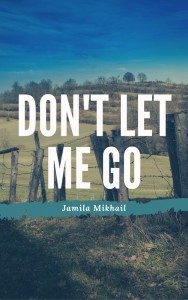 JM: Good old-fashioned experimentation! I try different covers on my books, have them printed and then examine them closely. Do they convey the message I’m writing to send? Do they represent the soul of the story? What emotions rise up in me when I look at it? I know I’ve found the right cover when all of the boxes are checked off. Sometimes it’s easy, sometimes it’s hard, but once it speaks to my soul nobody can persuade me to change my mind!

JM: I read every single day, several hours a day when I can. During the pandemic, I plowed through the masses of books I’d accumulated over the years so fast that my best friend had to persuade me to buy a Kobo e-reader (the bookstores and thrift stores where I usually get my books were all closed and online shopping isn’t my cup of tea) because I was running out of things to read and I was beginning to freak out about it. I’m still not the biggest fan of ebooks out there but I’m just glad that the device can entertain my mind while I’m stuck inside and since it doesn’t generate blue light I don’t deal with my eyes burning. All in all, I can’t complain!

I read several genres, the topic/theme of the book is more important to me than the genre when deciding whether or not I want to read it, but non-fiction (or stories otherwise inspired by the real life of the author) is probably my favorite. I’m a true crime addict too, I think I know more about serial killers than I should be comfortable with, haha!

JM: I’ve been enjoying the “Collection Tabou” published by Éditions de Mortagnes for at least the last ten years. They are all books about taboo subjects destined for teenagers, and I actually began reading them in high school myself, and despite being a full-grown adult now I still periodically buy the books as they come out.

For more on Jamila and their work, please visit: