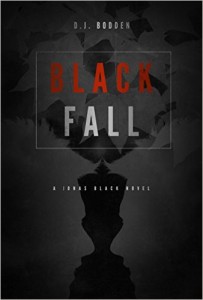 Jonas Black is a typical 16-year-old, except for his lucid dreams, reclusive mother, and the two hulking bodyguards who walk him to school. When his father disappears, he’s forced to enter a dangerous, supernatural world hidden in modern day Manhattan, all while trying to come to grips with his unique heritage and keeping his battered MP3 player working. In the process, he’ll beat down a long-dead Frenchman, talk to a woman who has no tongue, find out what human ash tastes like, and learn to make friends who don’t want to kill him. The odds are against him, but he has a plan; if he’s lucky, he might even survive.

A high-paced supernatural thriller with strong male and female characters, century-old feuds, and dark humor, Black Fall is the first of four books in the Black Year series by D.J. Bodden. 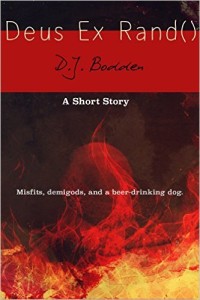 Welcome to Mackurd. When the Collapse made the simple things complicated and the complicated things man-eating monsters, most people ran around like sissies and got eaten. This is not the story of those people. This is the story of unlikely heroes kicking undead pelvises and shooting monsters before their names become an issue, all while trying to keep the squad mascot from stealing all the beer. It’s a short story of the Collapse, set in the world of the Black Year Series.