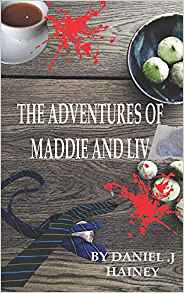 The Adventures Of Maddie And Liv – Action, Adventure, LGBTQ

When sisters Maddie and Liv leave school at the end of a stormy day in September they have no idea what chain reaction their actions will cause. After they stop a mugging they get an insane thought of becoming vigilantes, this coupled with their school life and a dark criminal organisation known as the Brigade of Karma means that their lives are never going to be the same. 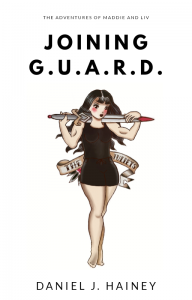 For most teenagers the start of the school holidays is the best time of the year. However, for Maddie and Liv, crime doesn’t stop for the holidays. Plans become disrupted when they meet the mysterious government agency known as G.U.A.R.D. Will they join the agency or will they face the consequences? With the loss of their parents and the trials and tribulations of being a teenager: How can these two cope with Romanticism, mercenary armies, essay deadlines; along with the cuts, bruises and blood that comes with vigilantism, long distance relationships and cults? What will break them first? 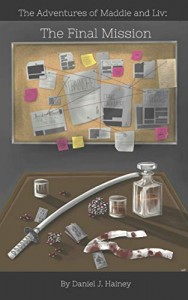 The Final Mission: The Adventures Of Maddie And Liv, Book 3 – Action, Adventure, LGBTQ

It’s been over twenty years since Maddie and Liv first joined G.U.A.R.D. However, neither woman was the same as they were when they first joined the mysterious organisation. In fact, they couldn’t be more different. Maddie quit, started a family and hasn’t spoken to anyone in over a decade. Liv continued the vigilante lifestyle and it was taking its toll. A series of events involving Maddie’s wife would either bring the sisters together, rip them further apart or kill them.