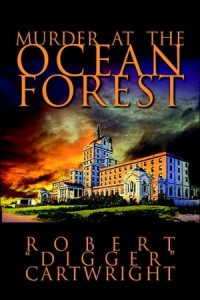 Murder at The Ocean Forest – Mystery

As Feltus conducts his investigation into Faye’s apparent murder, her husband, Terence, is found murdered in their suite – with the door locked from the inside.

This draws Feltus further into the intriguing web surrounding the Underwoods and their acquaintances-Lord and Lady Ashburn (a British couple on holiday), Ms. Elizabeth Bascomb (a blind clairvoyant), and Preacher Cooper (a devout man of the cloth).

The intricate plot that stretches from Myrtle Beach to the battlefields of World War II unfolds as a very persistent Feltus eventually uncovers the skeletons in the closets of all his guests. 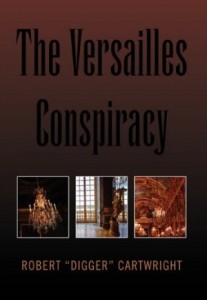 When a city building inspector is murdered, Lieutenant Wickland opens an investigation that stretches from the high society of local country clubs to The Flamingo Beachwear Store, whose Russian owner is suspected of selling counterfeit goods, to a mysterious international arms dealer to the notorious but elusive drug kingpin known simply as Mr. Grey.

As the investigation takes them deeper into the backroom deals of the local good old boys and the net tightens around the crafty Russian with a loathing of America, Wickland and his colleague, Doug Graisco, are drawn into a web of international politics, deceit, and danger.

As they navigate the complex web of intrigue to decipher who is who, they race against time, political roadblocks, and unexpected assailants to unlock the secrets of the Versailles conspiracy and stop an international incident that threatens global security. 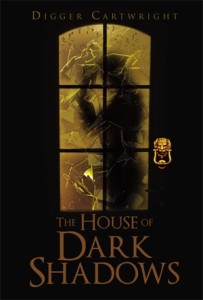 Mystery, intrigue, deceit, extortion and a romance that may not be what it seems…

Haunted by memories and the mysterious disappearance of his one true love, debonair Alex Rommel never thought he could fall in love again. Despite his successful career, casual flings and a well-furnished condo in the heart of Charleston, he still feels that without Shannon, he can never become happy again. He is also plagued by demons from his past, a contentious land deal and recurring nightmares that allow him no rest.

Concerned about his still single status, an old colleague and his fiancé talk Alex into trying online dating. Initially repulsed by the thought of meeting strangers online, he decides to give it a shot—and finds the woman of his dreams. Alex and the French freelance journalist named Hope begin a lively correspondence interspersed with emails and calls. He begins to think that this lovely, conservative, well-mannered and quick-witted journalist may just be the very person to open his heart once again.

Their chemistry is instant; but just when he thinks he has found true happiness, Alex finds that the pieces of the puzzle do not fit. As the sinister web of deceit and danger slowly begins to envelop him – both in the relationship and his business dealings – he frantically searches for the truth. Not knowing who to trust or believe and with time running out, Alex must summon the courage to face the truth before the doors close and he is locked in the house of dark shadows forever. 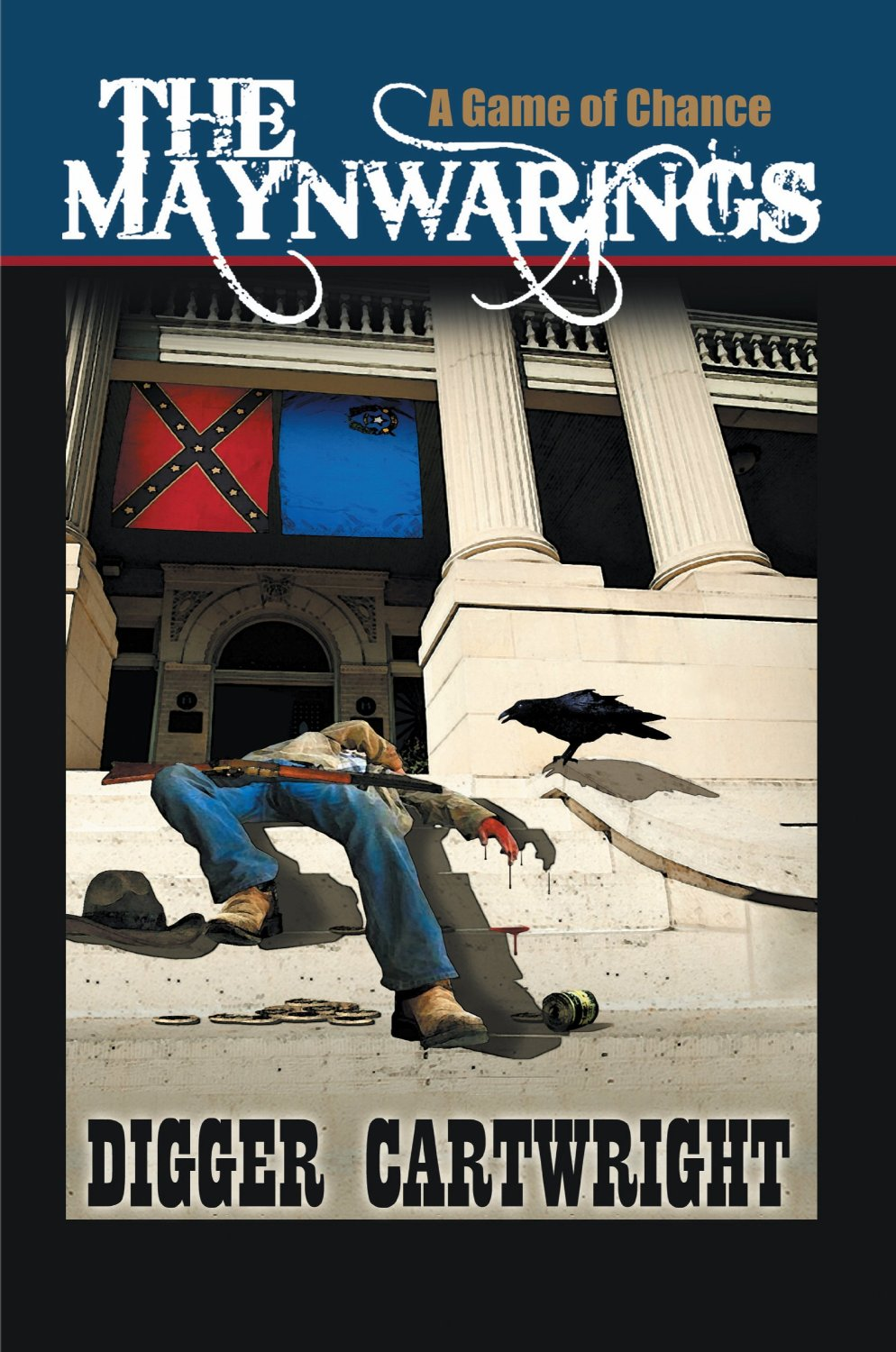 Politics, Scandal, Gold, and the biggest cattle ranch in the Old West…the Maynwarings of the Greenbrier battle to keep what is theirs, preserve a way of life, and protect the future.

Barron Maynwaring, patriarch and United States Senator from Nevada, returns to the Greenbrier ranch only to be embroiled in a political smear, cattle rustling, the murder of their neighbor, and the lynching of their long-time friend. When a mysterious stranger starts acquiring property, suspicions are aroused as to what his plans really are for Carson City. The Maynwarings struggle against bad publicity to stop covert forces from changing the future of the area.

When United States Senator Barron Maynwaring returns to his family and his beloved ranch, the Greenbrier, much has changed in Carson City. Family friends have taken to gambling. Cattle rustlers have increased activity around the massive ranch. A mysterious stranger, Giddeon Van Thorn, has arrived in town on secretive business. A political opponent and the press have launched attacks on Barron and his family. When Dan Arkin, the Maynwarings’ neighbor, is murdered, suspicion immediately turns to Jeremy Foster, a loner who had threatened Arkin after a crooked card game. When the posse led by the Maynwarings turns into a lynch mob, against their will, and Van Thorn’s men hang Jeremy Foster, Barron’s daughter Mary Catherine, the Carson City solicitor, launches an investigation of her own hoping to learn why the strangers wanted Foster dead.

As Van Thorn attempts to buy up property in Carson City for a massive redevelopment, Barron’s son, Stokes, a city councilman, attempts to block the slick businessman’s plan that seem more than meets the eye. As they seek answers to Van Thorn’s true intentions and dark background, the Maynwarings are stunned to learn that Jeremy Foster’s brother has arrived in Carson City seeking revenge for his brother’s untimely death. As bodies mount and the Maynwarings are bushwhacked, it becomes apparent that a sinister game of chance will determine the fate of The Greenbrier and the future of Carson City…yet in this high stakes game of chance nothing is as it seems! 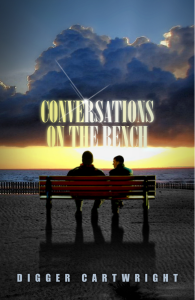 Conversations On The Bench Genre – Motivational

I only met Sebastian Peréy in person on one occasion, but that was enough for him to make a lasting and indelible impression. I’ll never forget that day. Even though it happened many, many years ago, it still lingers as fresh in my mind as if it were only yesterday.

It was a hot, humid September morning in South Carolina in 2007. I had been invited to the Dunes Golf & Beach Club in Myrtle Beach to participate in a symposium that was hosted by the think tank, Thinking Outside the Boxe, what was supposed to be a gathering of great intellectuals to discuss the world’s problems and come up with solutions to the pressing issues of the day.

As I looked toward the gathering that had assembled in the ballroom of the Dunes Club overlooking the beautiful blue Atlantic, two individuals caught my attention. A younger, very thin man wearing a black, three-piece suit with a gold pocket watch and fashionable sunglasses was standing somberly beside the table with his arms crossed, listening to the others. He was impressive looking, smartly dressed, and classy, clean shaven, with his hair neatly parted from left to right. He could have easily hailed from Washington DC or Miami, and he stood out from the rest. There was some presence about him, almost an aura that seemed to shout that he was someone important, yet unapproachable.

But the room really belonged to the giant of a man seated in a side chair at one end of the table. I knew instantly it was Sebastian. He must have weighed a quarter-ton, 500 pounds, and he looked something like a Puerto Rican Albert Einstein, with a tan complexion, bushy salt-and-pepper hair, and goatee. He was dressed nicely but casually in navy slacks and a black polo shirt that revealed massive, muscular arms. He was talking with one hand and holding the knob of a very large, hand-hewn walking stick, something like a gnarled tree limb, with the other hand. He beamed a mixture of enlightenment, wisdom, and a zest for life. The man stood out in a room for very different reasons than the man in black. He was the life of a party, the captivator in a conversation, thanks to his jovial personality and good-natured demeanor. He was the type of man who knew no stranger, and he could talk to anyone about nearly anything. Everyone wanted to be around him, if for no other reason than to hear what he was saying. Wherever he was at any given moment, it was as if a stage had sprouted up beneath him—a real one-man show and the perfect contrast to the man in black. People were drawn to him, and I was no exception. Little did I know at that meeting that the story was only just beginning . . .

Never without something to say or some lesson to share, Sebastian would share a wisdom gained through his own unique life experiences—from growing up in the segregated South to making his way in the world amidst a deep recession to searching for purpose. Conversations on the Bench is a compilation of some of Sebastian’s greatest life lessons. Filled with everything from how to negotiate a business deal to how to get the best service at a restaurant, Conversations on the Bench is not only a fitting tribute to Sebastian’s words of wisdom but a primer for life itself.