Can you remember your first crush? Your first orgasm? That fateful day you lost your virginity? Have you ever fantasized about making love to a complete stranger? And did you know that orgasms have several health benefits, or that Winston Churchill’s mother slept with half the aristocracy of England? These are just a few of the subjects tackled head on in Sex on the Brain, a collection of poems and short stories about sexual desire, the nuclear fuel at the core of our lives. No one writes about sex like Frank Bukowski. Enter a world of nookie-mad bluebottles and talking sperm, a world where men pick up six-packs of women from the supermarket, and women get to squeeze their men before buying. Don’t expect erotica – good fiction stimulates the mind rather than the genitals. Where erotica leaves nothing to the imagination, Bukowski leaves everything. This thought-provoking, imaginative and often hilarious book examines what it means to be alive in the promiscuous Twenty-First Century. It lifts the lid and peers into the darkness within us all. If you think you don’t like poetry, Bukowski will make you think again. And get the tissues ready, you’ll be laughing all the way. 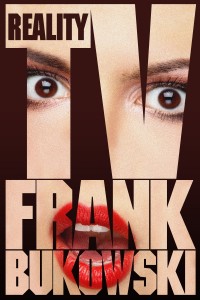 Who will win the big eat off on tonight’s show? Which unlucky contestant will get the mystery food-poisoning dish? The fare is served up by host Soup Dogg, the black rapper and media darling with enough Michelin stars to fill a page of Amazon book reviews, fruitier language than a compote with Tourette’s, and more moves than a break dancer on fast-forward. He’s sick, he’s slick, and he’s down with the kids.

When these A-listers go head to head on Sty Transatlantic’s flagship Sunday night programme Humili-ATE (think Ramsay’s Kitchen Nightmares v Weakest Link) it’s about to turn into the reality TV show from hell. Throw in a dash of controversy to boost the ratings – tonight’s guest kitchen crew of category A prisoners from Glasgow’s High Security Prison, HM Barlinnie – and you pretty much have all the ingredients for a recipe for disaster.

Meanwhile surreal things are happening down in West Ham, where avid Humili-ATE fans Gazza and Tanya Mason find their telly taking on a strange reality all of its own.

The steaks are high, the curry’s a dog, and there’s something dodgy going down in the restaurant toilets. 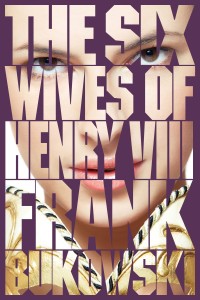 In this spoof history, Henry VIII strides through the Sixteenth Century like a colossus. A Tyrannosaurus Rex of a king. More written about, more filmed about, than another other monarch before his daughter Elizabeth, he was England’s first pop-star king. Statesman, philosopher, athlete, musician, in his pomp he could speak several languages, out-joust the best knights, out-write and out-compose the foremost poets, scholars and musicians of his day. He truly was a man for all seasons. The architect of the Tudor Rose also had more skeletons in his cupboard than a Halloween convention at Hogwarts. By modern standards Henry VIII would have been judged a brutal demagogue, serial fornicator and not-so-closet paedophile with a fondness for pubescent maidens. His appetite for women was without precedent in the annals of English royalty. From what we know he was clearly a bit of a sex maniac. Tales of mistresses abound, and many historians have speculated about the number of illegitimate children he may have fathered at a time before reliable contraception existed.

If you like your history straight with all the footnotes, stick to David Starkey. But if you like witty historical fiction that gives you a different slant on an old story, this is a scandalously made up account of the sex life of Henry VIII, and the affect it had on his life and forty-year reign as English monarch. Based around familiar historical characters and events, it imagines what Henry’s bedroom antics must have been like. For the first time ever, this book gives us a glimpse into what terrifying ordeals the women in Henry’s life may have faced, when the great woman-slayer unsheathed his weapon of mass destruction from the silo of his codpiece. As many were to discover, woe betide the fair maiden he pointed it at. 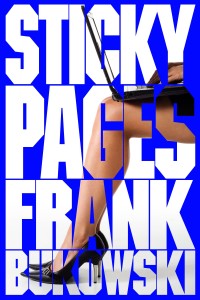 Randy Bloemfontaine has a problem. Several problems. He hates his boss, for starters. He hates his lousy job writing financial ads for the horrendous corporate organisation that is UK Cash Cowboys. He hates the way the internet has taken over life. His life. Everyone’s life. Most of all, his 64 mega-bit problem is, he can’t stop thinking about sex. Randy can’t look at a woman without mentally undressing her. Over the years Randy has learned to live with his afflictions. But when his boss sends him on a three-day internet conference packed with drop-dead corporate eye-candy, and asks him to write a bunch of banner ads along the way, things threaten to get very sticky. 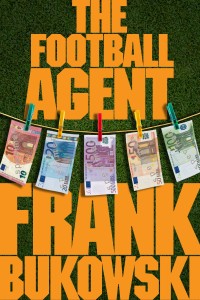 Rich Dinero is a shark among men. A ruthless football agent who’d kill for money. His job is turning modest young men into money-grabbing mercenaries earning two hundred grand a week. Three hundred, if he can swing it. Screw the fans. Loyalty is for losers. When Dinero shakes hands with a kid and looks into his eyes, he doesn’t see a young footballer looking back, full of hopes, dreams and aspirations. He sees a piece of livestock to be sold on the market, to the highest bidder. His own cut is a lucrative twenty percent. It’s a racket that’s brought him a champagne lifestyle of fast cars, beautiful women and private jets. The secret to his success? He never takes no for an answer. The word isn’t even in his vocabulary. Until he meets Fliss, the pretty young receptionist who won’t play ball. And the game is on.