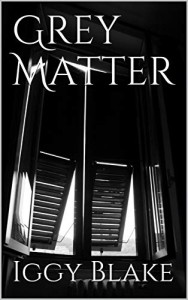 Seven years ago Delilah Palomo was recruited into the Federal Vampire Investigative Regiment, trained to help eradicate the growing vampire population. For seven years she has been trained like a weapon to spot and kill a vampire in any crowd. It’s not the life she had dreamed of, but it’s one she wouldn’t be able to give up even if she tried.

But when her best friend, Isaac Calmer, goes missing during a mission it becomes her job, alongside lover Caitlyn D’Omer, to track him down and rescue him. It is during this final mission that the mysteries of the FVIR begin to unravel wildly around the pair, and Delilah is forced to face the truth of what she’s been trained to do her entire life.