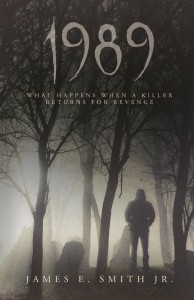 1989: What Happens When A Killer Returns For Revenge (Thriller, Crime)

For three years a serial killer known as the Penny Murderer terrified Monroe, Georgia. His signature was leaving a note on the body starting with “A penny for your thoughts.” Detective Mike Allen and his team tracked down and arrested Samuel Johnson for twelve murders. Throughout the trial and even after his conviction Johnson always proclaimed his innocence. The controversial trial divided the city, and things exploded when he was found dead in his cell shortly afterward. A cover-up?

Old ghosts are awakened almost thirty years later when two people are murdered on the same night using the Penny Murders calling card. One of the victims had a connection to the old case and the other was Sergeant Allen’s new partner, Marcus Jones. Sergeant Allen now must work with a new partner, who questions his every move and the actions taken during the original trial, to stop this new killer before they kill again. Is this a new killer? Or did they get it wrong all those years ago and send an innocent man to jail…?

After finding her husband’s body Attorney Nicole Jones, Marcus’s wife, who was initially a suspect in his death goes on a dark journey to find out who really killed her husband and why. She experiences a roller coaster of emotions upon learning that both her husband and his former partner Mike Allen had both kept many disturbing secrets from her.

Two people who were once friends are now on a journey to find the truth, learning secrets about each other along the way that cause them to question each other.

In this page-turning novel, complex characters and unexpected plot twists will keep you on the edge of your seat as you try to figure out what will happen next.