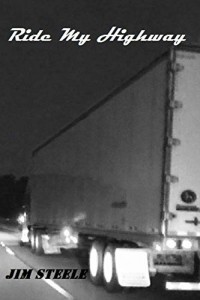 From this experience, Tom begins to understand that there is no such thing as “running away”, and that the only real action to be taken is to meet his questions and difficulties head on, to learn to understand and deal with them, and to then move on with life. Through the telling of his tale, Tom has learned that there is no magic bullet to fix what bothers him, and that he must be the one to solve and answer his questions. 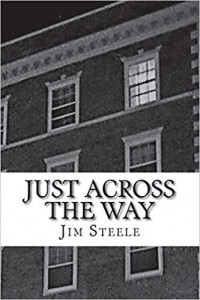 In “Just Across The Way”, David becomes a millionaire after the death of his parents at age 21. He quickly progresses from an introverted Mama’s boy into a cold blooded and calculating killer, preying mainly on prostitutes in San Francisco’s Tenderloin District. It seems that the only reasons for his existence become a love of classic swing music, cigarettes, vodka, and a penchant for guests who never leave his apartment alive. But why?When the full extent and causes of his mental break become clear, the reader will begin to see that the reason David despises certain women is rooted in the behavior of his dearly departed mother. Even more bizarre behavior is explained when David finally recounts the revenge he took on his parents, for real and perceived rejection, and the way that they really died.After everything is revealed, the reader will begin to wonder if David can ever be healed, or if he will be capable of any type of good behavior at all. This all changes, or rather, becomes even more complicated when a kindred spirit arrives in David’s life. She completes him, also sharing a taste for blood. Together, the two begin to hunt and kill, and are bound by an insatiable need for murder.Towards the ending of Just Across The Way, the reader is left with a sick feeling that David and his girl are joined by a deep love for each other. Yet, this love is fueled by a hatred and loathing for everyone else who is unfortunate enough to cross their path. ~ Jim Steele