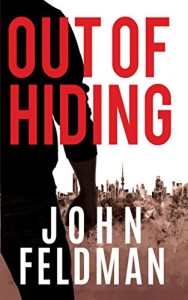 Out of Hiding – Psychological Thriller

Charles was supposed to be a blessing to Emily, but instead turned out to be a curse. A family torn by deception and greed now saw Emily for what she was, and a co-worker with a vicious past of his own now has a personal vendetta against her. Emily must open her eyes to the doors she’s unlocked before it’s too late. 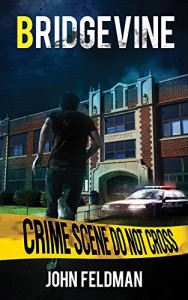 When his sister dies in a school shooting in their hometown of Bridgevine, NJ, fourteen-year-old Mike Price vows to find a way to go back in time and save her. Thirteen years later, an obsessed Mike creates a time travel machine and plans to attempt the rescue. Unbeknownst to his fiancée Rebecca, who believes he’s accepting an offer to sell the machine, Mike recruits his friend Paul to help him with the mission. After a few trial runs, they move forward with their main mission, going back to that day in Bridgevine thirteen years ago in an attempt to restore the life of Mike’s elder sister. But getting caught up in the machine, Mike begins to lose focus of everything in the present. He doesn’t realize that Paul is about to make his own deal to sell the machine behind his back, and that the lie he has told Rebecca has caused severe ramifications, and in the balance hang the fates of Mike, his sister, and the machine itself.