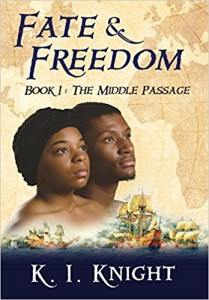 Torn from their homeland in Africa by brutal slave traders Margaret and John are shipped four thousand miles away to the silver mines of Mexico. Unexpectedly, the slaver is pirated at sea and the Calvinist Reverend turned Privateer, Captain Jope, takes Margaret and John to the shores of Virginia instead. Based on exhaustive genealogical and historical research, this epic novel traces the fate of the passengers on what has since become known as the “Black Mayflower.” Margaret and John brave disease, Indian attacks, and political intrigue in England and America, as they are among the first Africans to settle in Virginia, long before slavery became institutionalized there. Set against the backdrop of warfare between Spain and England and the power struggles within the Virginia Company in London and Jamestown, Margaret and John’s journey to freedom is a powerful saga of courage and survival at the dawn of America’s history. 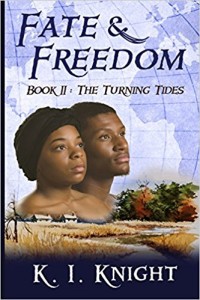 Based on exhaustive genealogical and historical research, this epic series traces the fate of the passengers on what since has become known as the “Black Mayflower.”

The Saga Continues… As Margaret and John continue to brave a new world – they witness the ever advancing political corruption of the English Aristocracy. From Merchant’s Row on the shores of the James River to the twisted truths on the high seas, they learn to navigate the ever-rising rough waters of the first English Colony of Virginia. As the tides change, Margaret and John wonder if they will be prepared for the fight of their lives. A fight for Freedom!