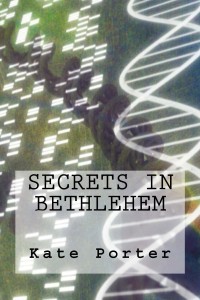 There are laws banning human cloning for a reason.

Jesse Daniel Messenger is only five years old…and he’s been targeted for termination.
When his guardian is gunned down on a cold, dark street in Bethlehem, Pennsylvania, terrified and alone, Jesse must put his faith in a stranger to keep him safe.
Travis Brody is an arrogant, antagonistic, fry cook who only wants to be left alone. That is, until a lost, scared, little boy worms his way beneath the wall that Travis has built around his heart. With the aid of the only person Travis trusts, Janey Carmichael, they take it upon themselves to become the boy’s protectors.
But when Travis and Janey learn the truth behind Jesse and a mysterious organization known as The Committee, they find themselves in the crosshairs of an assassin’s rifle scope. With nowhere else to turn and enemies coming at them from all sides, Travis, Janey and Jesse must try to find a way out.
An innocent child is at the center of a secret that, if found out, could bring down some of the world’s most powerful men. The Committee has eyes on every corner and there is nowhere left to hide. 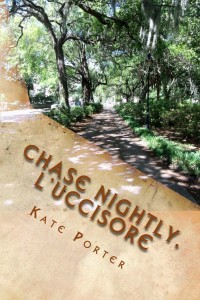 Chase Nightly is a born and bred Georgia boy from Savannah, who loves his job as a Social Studies teacher, his bachelorhood and his widowed mother. Rae Chandler is a big city woman with no desire to change that fact; as different from Chase as night and day with only one exception: They are both leaders of elite teams of vampire slayers called Uccisore, but with very different territories. When Rae shows up in Savannah for reasons other than visiting family, Chase demands to know her true motives. Sparks fly the moment they meet and past life memories surface, memories that keep Rae off balance and terrified that destiny will claim her heart once more. When Gordon Charles, Vampire King, kidnaps Chase’s mother, the two leaders must join forces and put their chaotic feelings aside to save her from becoming the vampire queen. 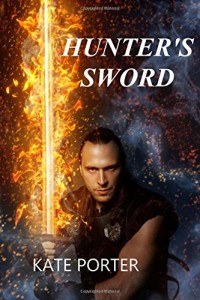 Armed with family legends and a blessed sword dating back to the first crusades, Hunter Blackfox leaves the reservation in Cherokee, North Carolina to replace a fallen member of Team Nightly and help protect the city of Savannah, Georgia. His life is about to change… When he first lays eyes on Sheila Maxson, he likens her to Aphrodite, Helen of Troy, and Jackie Onassis—sex, beauty, and class—all rolled into one, long, luscious package just for him. Sheila Maxson is a seasoned member of Team Nightly and a bloodline uccisore gifted with exceptional speed and agility on the battlefield. But she’s battling more than the rising number of vampires. The horrific memories of an event that took place only days after 9/11 when she, her brother Michael, and their aging grandfather tried to protect first responders from frenzied vampires, as they searched for survivors at ground zero, are slowly chipping away at Sheila’s emotional armor. With the added guilt of losing a friend and uccisore brother in battle, the short fuse of her control is burning fast. Each time she and Hunter are in the same vicinity, Sheila goes on the attack and Hunter has no option but to fight back. Until the night Chase and Rae’s daughter is born and the vampire king breaches the hospital nursery. The bickering teammates must team up to protect the innocent newborn. Hunter must find a way to bring down the walls that Sheila has erected around herself in order to save not just Chase and Rae’s baby, but the woman of his dreams as well. As word comes to them that Hunter’s Sword is coveted by Gordon Charles, Vampire King, the entire team must find a way to keep it out of vampire clutches. Gordon Charles will do whatever he must to corrupt the powers of the sword and sway its magic to benefit his cause. To do that he must spill uccisore blood…Sheila’s blood. 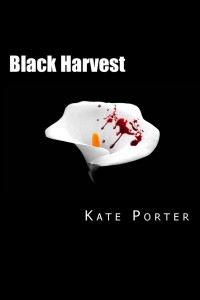 The devastating betrayal by the only man she’d ever loved has taken its toll on Rose Bradigan. For the last two years, she has slowly rebuilt her shattered life amid accusations of duplicity and disloyalty by her own child. The constant skirmishes between Rose and her precocious sixteen-year-old daughter, Lily, have nearly severed their mother-daughter bond. With Lily’s father serving a life sentence in prison, Rose is at a loss as to what to do with the angry, hurting teen. Finding that Lily has slipped out of her bedroom window in the middle of the night only to be escorted home by two police officers, is the straw that nearly breaks Rose. Hoping to help them both heal and regain some semblance of normalcy, Rose and Lily set out on an impromptu road trip to Florida. It seems to be working, too… Until Rose awakens in a hospital bed in a small town in South Carolina with no memory of the past five days and Lily is missing. With the aid of Lucas Manning, sheriff of Cherokee County, a man who is battling his own demons, they race to find the key that will unlock the terrifying memories hidden in Rose’s traumatized subconscious. With a mounting list of missing young women and someone who is willing to kill them to hide the truth, Rose and Lucas must find Lily before she becomes the next victim.