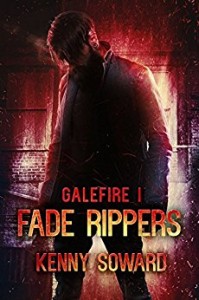 Lonnie is just your average runner for the infamous Eighth Street Gang when he gets an urgent phone call to back up his crew after trouble follows them home from a drug deal gone bad.

During the ensuing firefight, Lonnie sees some things he wishes he hadn’t, including the gang’s leader, Selix, channeling her powers from a place called the Fade by getting high…and dancing. Memories begin unraveling inside Lonnie’s darkened mind. Memories of dragons and fiends and fire-swept otherworlds. Memories Selix controls with a simple touch.

But what is real and what is not?

In the strange and violent world of Galefire, Lonnie comes to realize not everything is as it seems, including his own identity. But will Lonnie and Selix reconcile the past before they are caught by those who seek to drag them home in chains? 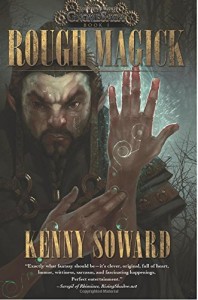 Nikselpik Nur has become the city of Hightower’s staunchest—albeit unwilling—ally. He’s hardly learned to cope with his debilitating bugging addiction, much less take on the duties of being the city’s First Wizard. Can he embrace this new path? And will he?

Meanwhile, Stena Wavebreaker is pulled from her seafaring duties by the Precisor General and given command of a raggedy airship to scout the ultraworldly enemy from the perilous skies above the Southern Reaches. Her mission: gain the support of the unpredictable ‘swamp elves,’ the Giyipcias.

Lastly, Niksabella Nur has set off from Hightower at the behest of the grim stonekin leader, Jontuk. The gnomestress must unlock the full potential of her invention, the recursive mirror, and her own powers, to bear what might be the heaviest burden of all. What will she discover along the way? And will Jontuk be able to keep her alive long enough to save them all?

The shadow has been lifted, revealing an insidious enemy. And now Hightower’s gnomish army rides out to meet the threat; yet, before he can join his brethren in the fight, wizard-turned-necromancer, Nikselpik Nur, must purge his archenemy, Raulnock, from the guts of Hightower’s sewers. Will Nik survive a final showdown with the most powerful wizard in Hightower’s history?

Elsewhere, Nik’s sister, Niksabella, must perfect her recursive mirror in order to command a race of stonekin warriors — who may eventually betray her — even as she struggles against an unyielding goddess for control of her own body and mind. Will Nika and her newfound army join the battle in time to save her city and blunt the deadly incursion into Sullenor? Only through a master tinkerer’s determination and skill can she overcome the odds and become the Cogweaver.

COGWEAVER by Kenny Soward is book three in the GnomeSaga trilogy. Get #1, ROUGH MAGICK, and #2, TINKERMAGE, also in print and eBook formats.